Why did Steve Jobs hate this mansion so much? 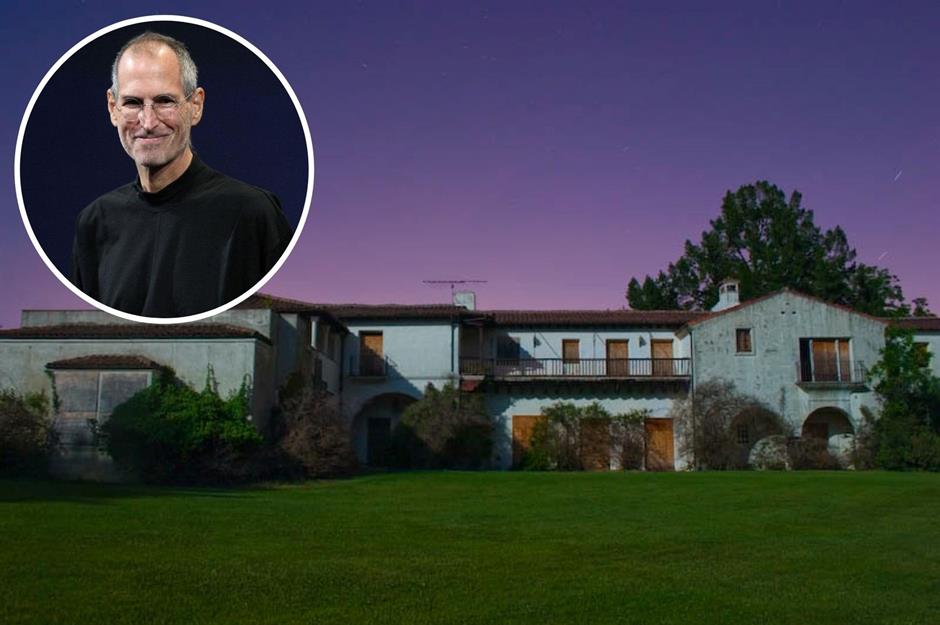 Apple co-founder Steve Jobs was known for his fiery temper, but it seems the media magnet's passion extended beyond his career. While he once called this historic mansion home, the entrepreneur hated it so much that he spent years campaigning for its demolition. So, why did Jobs come to wage war on the house and what became of it? Well, thanks to photographer Jonathan Haeber we can take a tour of the mansion and discover its fascinating story. Click or scroll on to step inside... 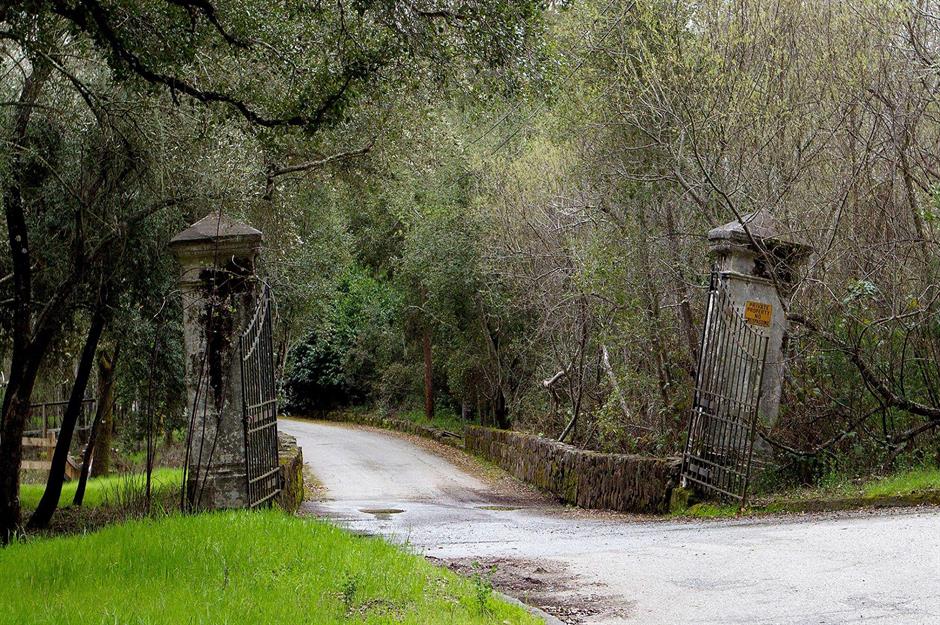 Jobs purchased Jackling House, located in the town of Woodside in San Mateo County, California in 1984 for a cool $3.5 million (£2.5m), according to property records. The house was designed in 1925 by renowned architect George Washington Smith, a pioneer of Spanish Colonial Revival architecture in the early 20th century in the United States.

A showcase of wealth 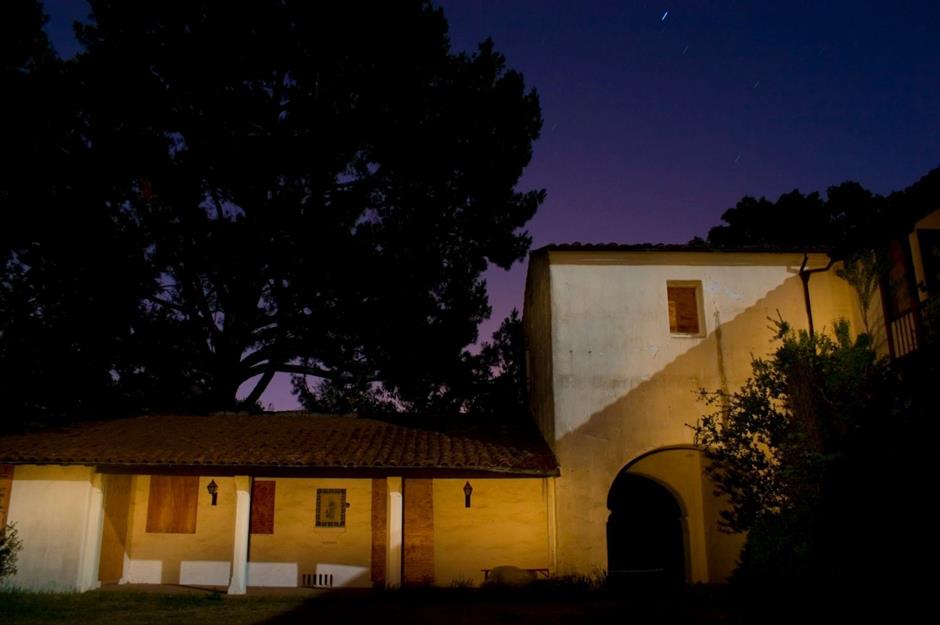 The property was named after its original owner and the man who commissioned it – copper mining tycoon Daniel Cowan Jackling. While you wouldn't have known it from the dilapidated exterior, the estate was designed to showcase Jackling's social status and wealth, so it featured some seriously unusual interior décor choices. 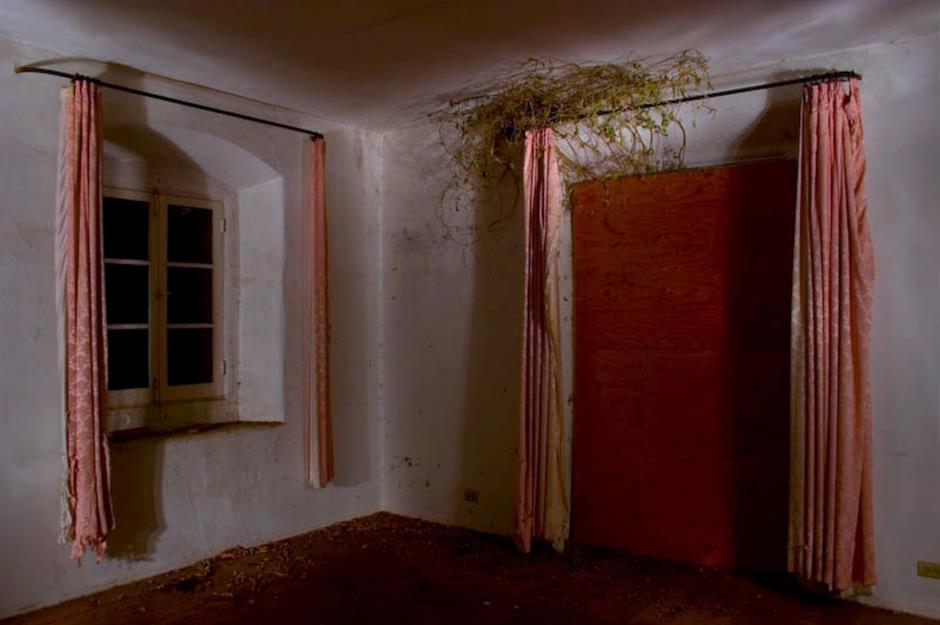 Pictured here in a state of neglect, it's hard to imagine this forlorn living space back in the home's heyday. Jobs must have been fond of the property at first – he spent millions on it, after all – but he reportedly grew to loathe the place. While Jobs recognised the home’s historical importance, he's said to have soon tired of its complicated layout and unusual design elements. As he rose to prominence, he looked to demolish the property in order to build a smaller, more minimalist home, but due to the building's heritage, local authorities pushed back. 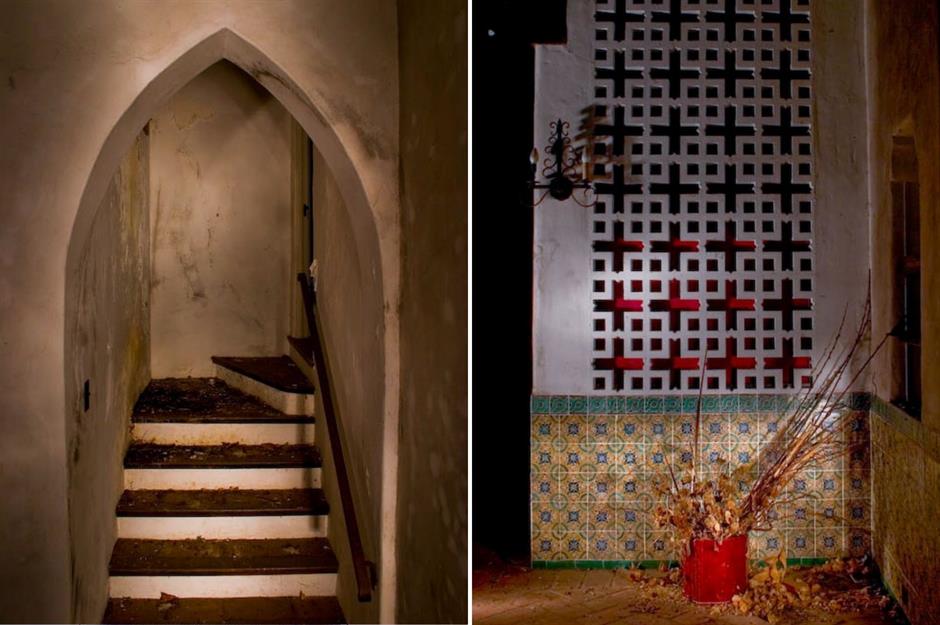 Original features such as this Gothic archway and latticed feature wall once took centre stage in the mansion. Unable to obtain consent to tear the house down, Jobs moved out in 1994. In 2000, he stopped maintaining it in an attempt to force the city to allow him to knock it down, according to the New York Post. He spent a decade fighting local preservationists and the state Historical Resources Commission. The home remained vacant and soon fell into disarray. With nobody to look after it, the interior was quickly taken over by nature and vandalised by trespassers. 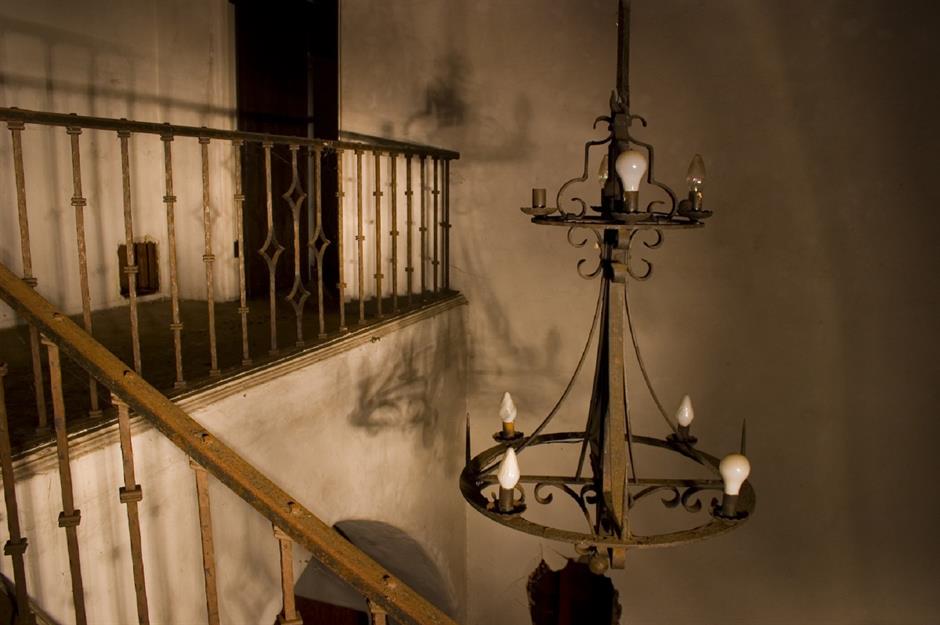 Despite the damage, historic treasures like this spectacular copper chandelier over the stairwell still remained. By May 2009, the Woodside Town Council granted Jobs the necessary permits to demolish the abandoned home, on the condition that he allowed the structure to be carefully dismantled and relocated. In February 2011, just eight months before he lost his battle with cancer, Jobs finally demolished Jackling House. Today, an exhibition on the Jackling House, including some furnishings, is located at the Woodside Community Museum. 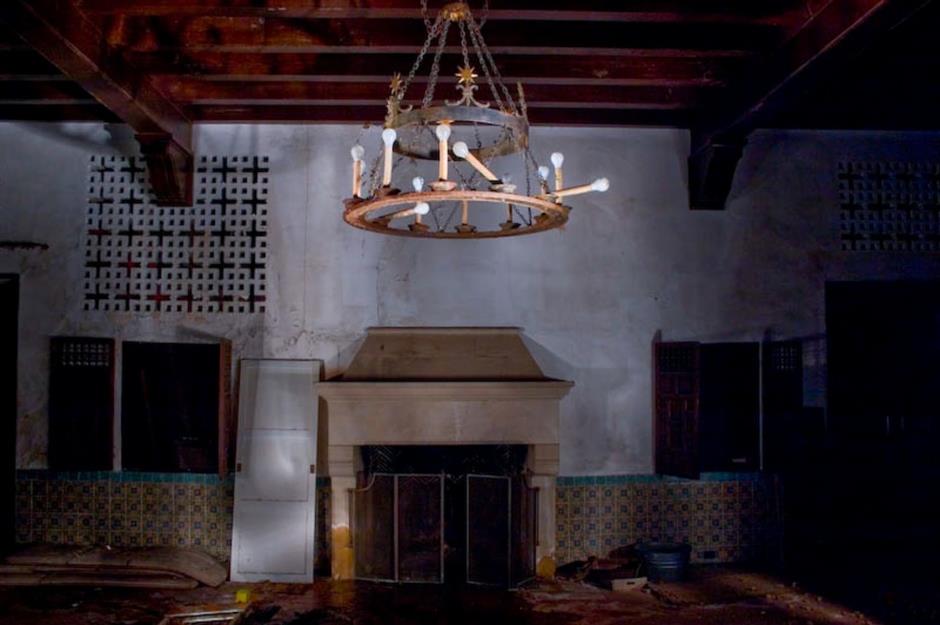 These images of the abandoned celebrity mansion were captured by photographer Jonathan Haeber just before it was razed and although the paint had started to peel and the plaster was crumbling, the past splendour of the 35-room mansion is still evident. Decorated with elegant light fixtures, bespoke tile work, marble bathrooms and ornate fireplaces, the property would've been dazzling in its prime. 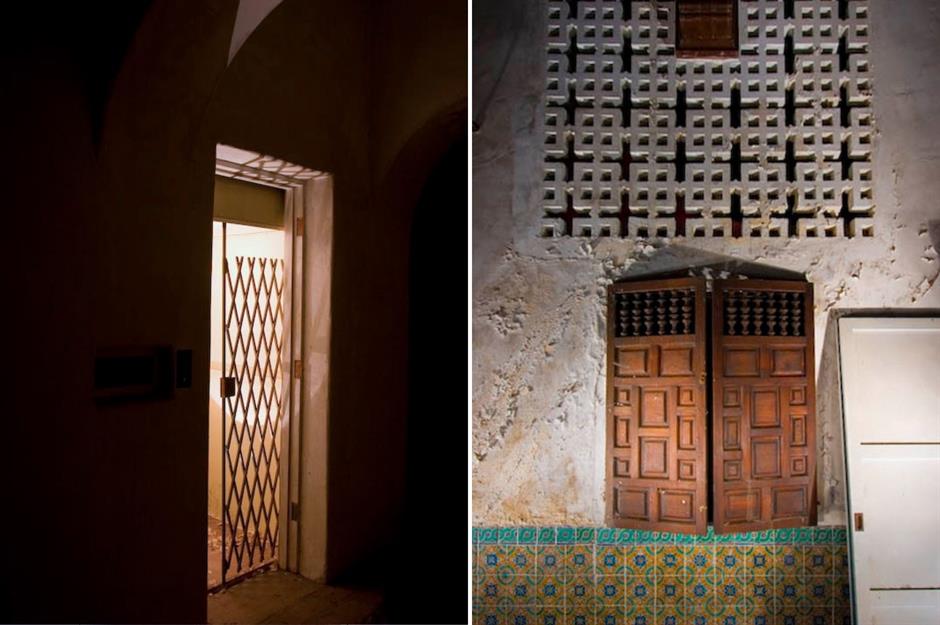 Spanning 17,250 square feet, the home once sat on six acres and boasted striking landscaped gardens and a large traditional courtyard. With an indoor-outdoor flow not often seen in historic homes, the estate also offered open-air balconies and French doors that led out to the backyard.

Fit for a billionaire 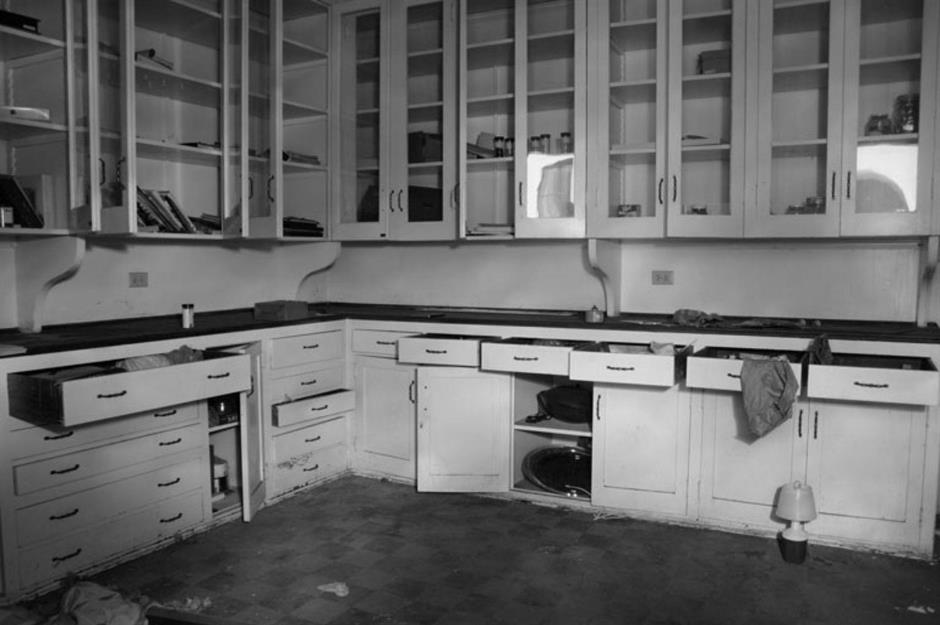 The house featured an elegant living room, a large kitchen, numerous bedrooms and a games room with a pool table. When it came to decoration, many of the rooms were finished with custom pieces to highlight Jackling's personal tastes and unlimited budget. From silver-plated chandeliers to red and gold wallpapers, the property was certainly fit for a billionaire.

For some, it might be easy to understand why Jobs fell out of love with the home. Kitted out with unusual additions and idiosyncratic décor, it was a contrast to the luxurious modern mega-mansions found elsewhere in California. One of the home's more unique features was its built-in pipe organ, which became the quirky centrepiece of the interior.

One of the rooms also boasted a closet, equipped with a strange, gold-plated framework left intact from Jackling's time in the home. The curious fixture was likely used for hanging clothes or displaying hats – a fascinating relic of bygone times. 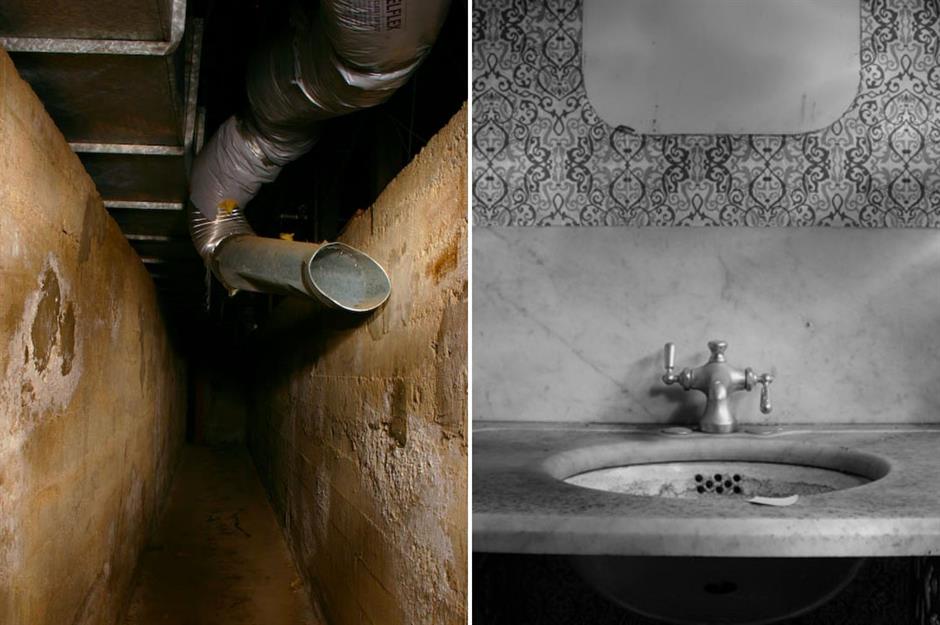 The house also came equipped with Spanish tile work and mosaic Catholic art embedded into its concrete walls, as well as vintage sinks, an old-fashioned gilded elevator and a staircase trimmed with gold. While exploring in 2011, Haeber also stumbled upon a mysterious underground tunnel, perhaps used for making clandestine exits.

Downstairs, there was a large basement where an old discarded refrigerator was discovered. Some of the rooms also harboured personal belongings, likely left behind by Jobs. These items included a certificate from 1985 labelled “International Business Machine’s Corporation”. Old newspapers, magazines and paperwork could also be seen strewn across floors and furnishings, as if the house was abandoned in a hurry. 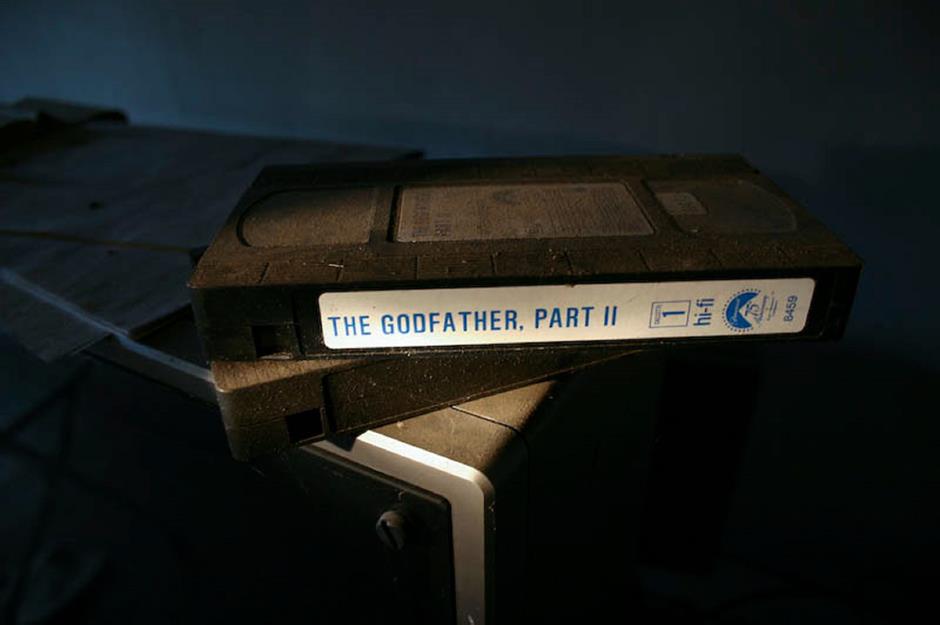 Among the belongings was a collection of old VHS tapes, including a dusty version of the iconic gangster movie, The Godfather. Many of the items Haeber photographed dated back to the mid-1980s, when Jobs moved into the house. Perhaps this item was left behind by the man himself. Haeber has claimed that many of the items have been thrown into a dumpster, making his documentation of the property even more vital. "This is the last chance that I will have to capture something and no one else could do it," he told the New York Post about his experience capturing the home. 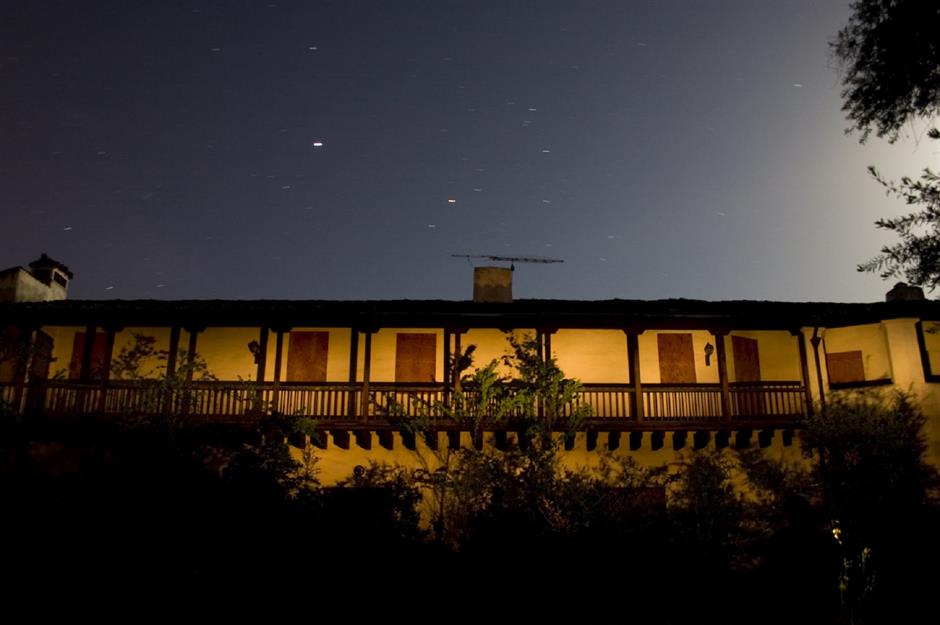 Haeber has reportedly explored between 15,000 and 20,000 abandoned spaces across America, but Jobs' former mansion remains one of his most memorable visits. It took him over half a year to photograph the whole property: “I had a lot of great memories at that place,” he told the New York Post. “It was an important historical record of Steve Jobs because there were personal items.” 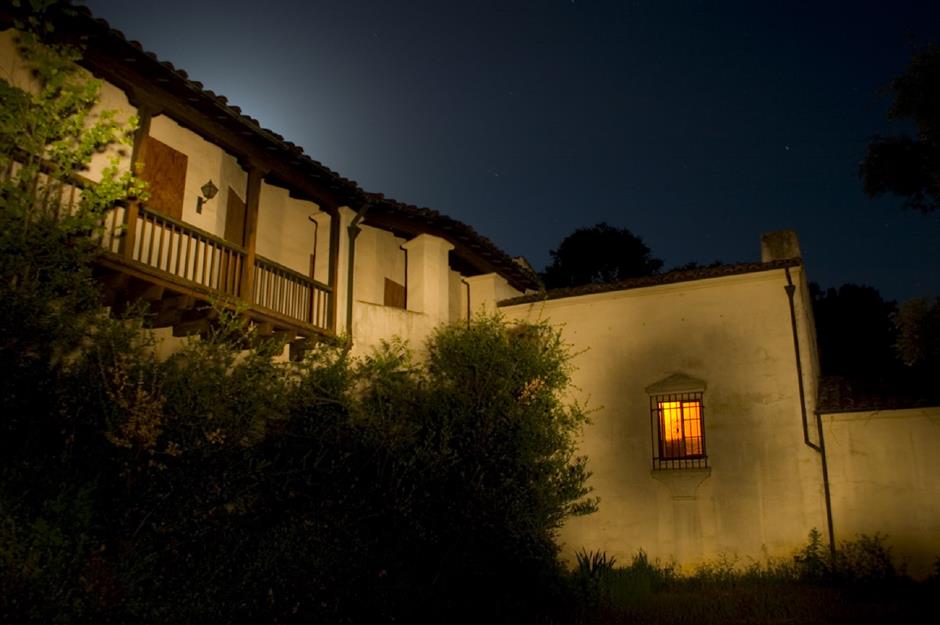 Outside, the sizable grounds offered a pool, which was in surprisingly good condition when Haeber explored the property. After the house was demolished, Jobs' wife Laurene put in an application to construct a 15,000-square-foot estate, but whether it was ever built remains a mystery. Thanks to Jobs' fortune, Laurene is now considered one of the richest women in the world and had a place on Forbes' Billionaires 2021 list, alongside Kim Kardashian. Her net worth is estimated to be $21.4 billion (£15.6bn). 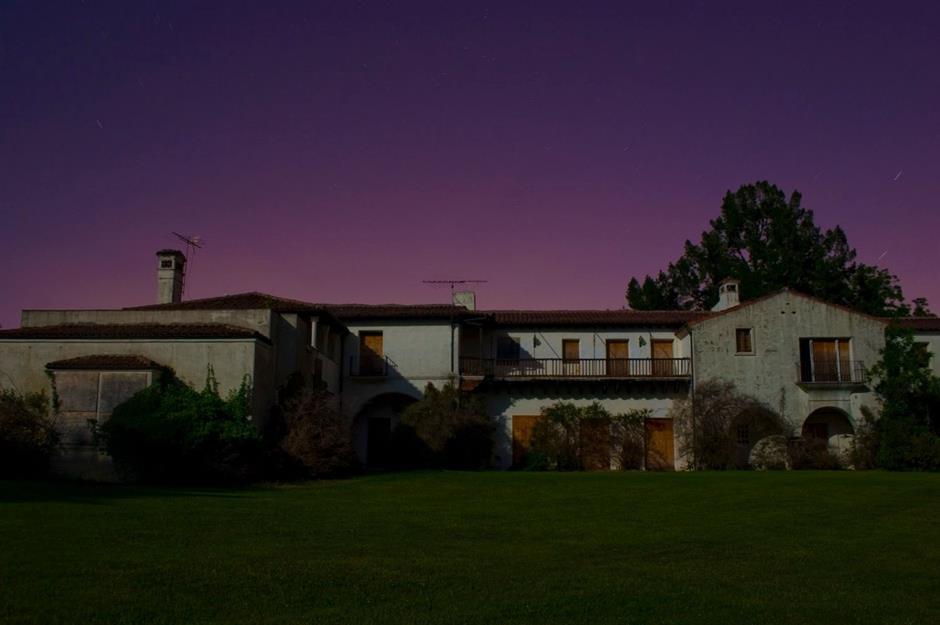 Jobs left Laurene numerous homes too, including his English Country-style house in Palo Alto. According to Dirt, Laurene now owns more than $130 million (£94m) worth of real estate across America. From groundbreaking architectural marvel to despised dwelling, the Jackling House endured a sad fall from grace in the 21st century. While Jobs ensured the historic home eventually met the wrecking ball, its decades of history have been preserved for posterity in this remarkable collection of photographs.