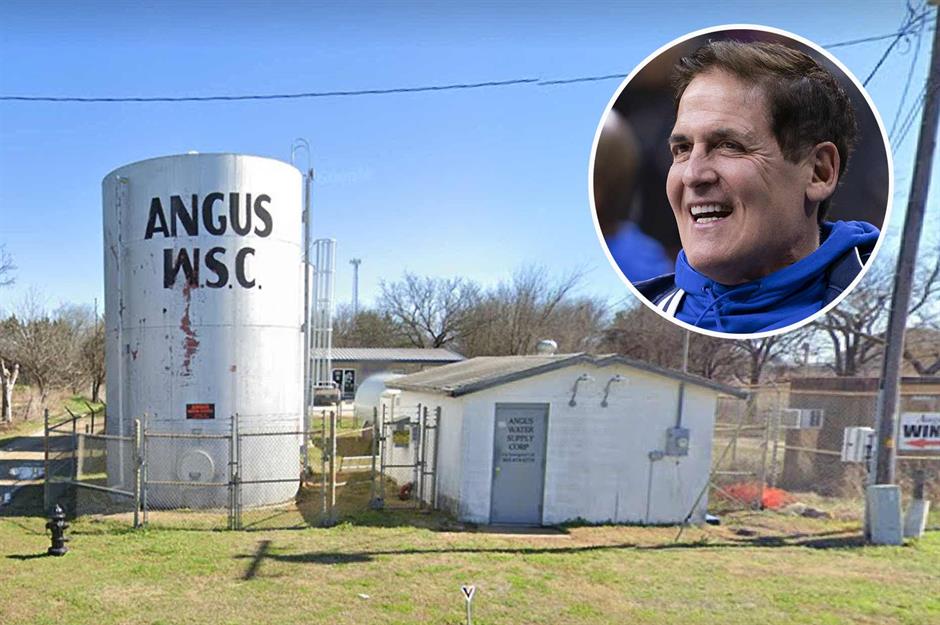 J Elmer Turner Realtors, Inc ; Mitchell Leff / Getty Images
Mark Cuban, the billionaire businessman, took house-hunting to the next level when he snapped up the tiny Texan town of Mustang. An empty ghost town with a dark past and little but trailer parks and abandoned buildings, it's an unusual purchase for the entrepreneur. So why exactly did the settlement pique his interest? Click or scroll on to take a tour and discover the reason behind his surpising investment... 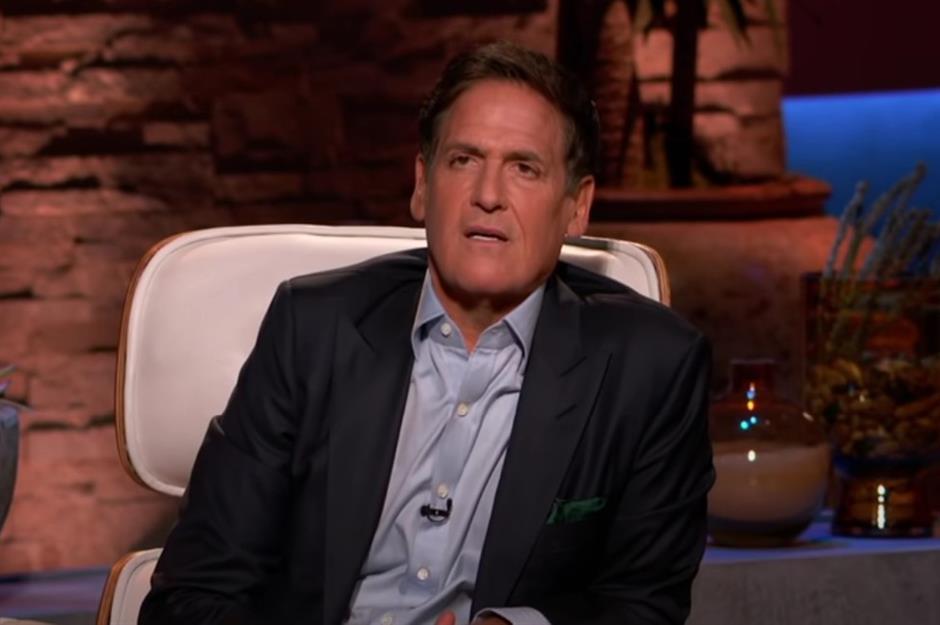 With a net worth of $4.5 billion (£3.4bn), Mark Cuban made a name for himself when the World Wide Web was in its infancy, founding internet radio company Broadcast.com in 1995, which he sold to Yahoo! four years later for $5.7 billion (£4.3bn). He now holds stakes in TV networks and has appeared as an investor on ABC's Shark Tank since 2011. Considering his illustrious career, a small town in Texas seems a little out of place in the billionaire's business portfolio... 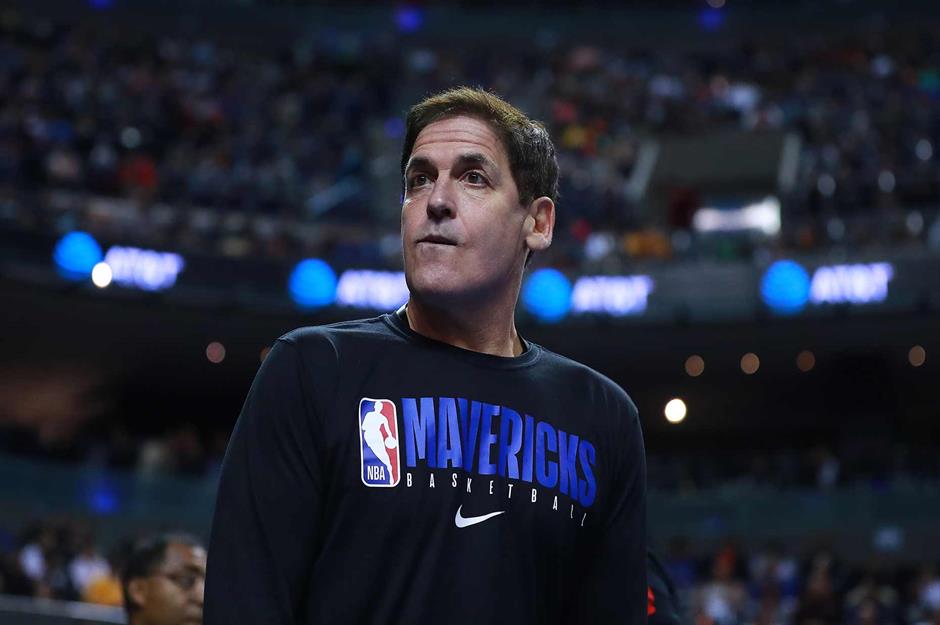 Hector Vivas / Getty Images
However, Mustang isn't the only unusual purchase the billionaire has made over the years. Back in 2000, Cuban bought a majority stake in the Dallas Mavericks basketball team for an eye-watering $285 million (£215m) and under his ownership, the team won the 2011 NBA championship. Remarkably, he also holds the Guinness World Record for the largest single e-commerce transaction ever, when he bought a Gulfstream business jet on the internet for $40 million (£30m) in 1999.

But what about Cuban's latest purchase? Unlike his previous acquisitions, his tiny town isn't quite so glamorous. Located in Navarro County, Texas, Mustang is just a 45-minute drive south of Dallas. However, what seems like an idyllic purchase comes with a fascinating history, dark secrets and abandoned buildings. 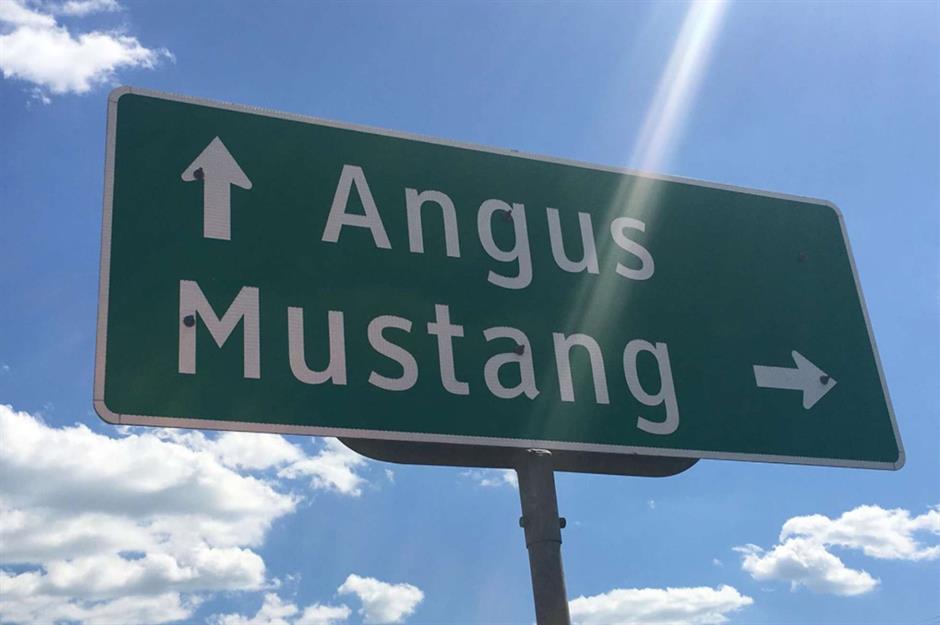 Originally on the market in 2017 for $4 million (£3m), the town was listed for sale after the principal owner, Marty Price, fell ill, according to NBC News, who spoke to the original listing agent, Mike Turner of J. Elmer Turner Realtors. Price, who was an attorney and a devoted Mavericks fan, sadly passed away in August 2021. 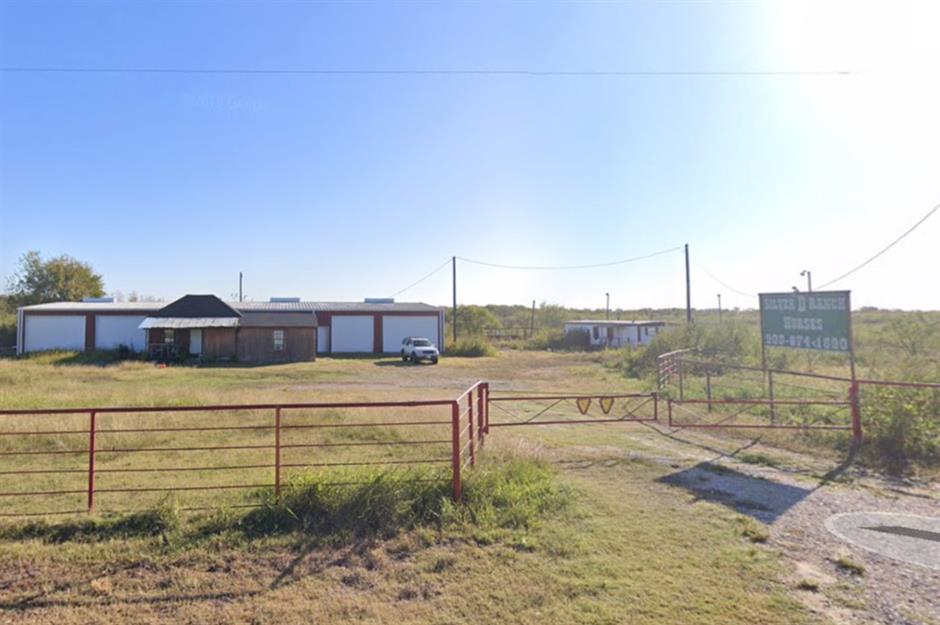 After languishing on the market with little interest, the town's price was reduced to $2 million (£1.5m). Following Price's death, Mark Cuban stepped in to purchase Mustang for an undisclosed sum. In an email replying to NBC News, the billionaire clarified his reasons for buying the town: "Did it to help out a friend. No plans yet!" It's unclear whether that friend was Price or perhaps one of his relatives.

The origins of Mustang 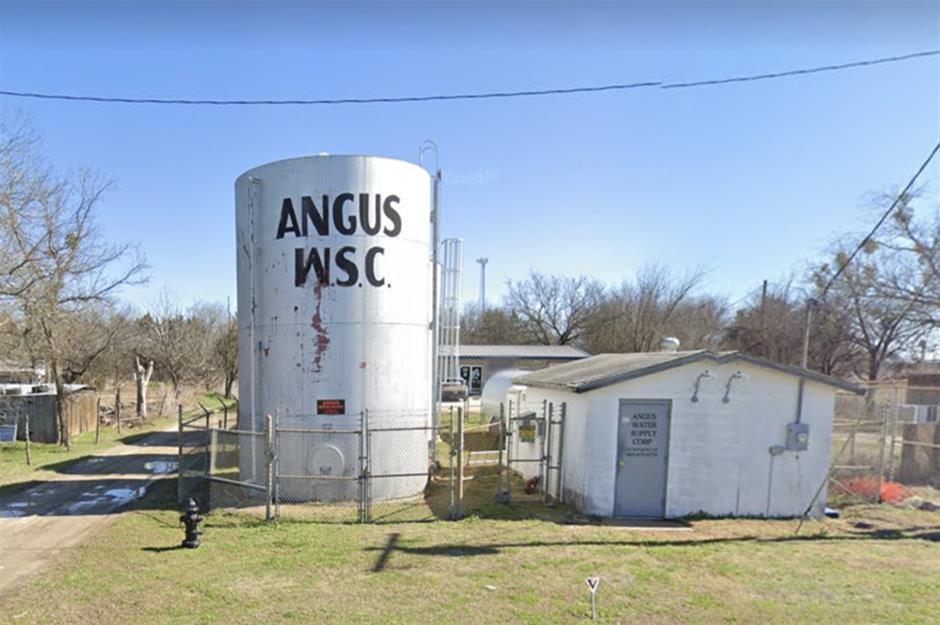 Founded in the 1970s, Mustang has a population of 0 according to the United States Census, though other sources number its residents at 23, but it wasn't always that way. In the early 1990s, Mustang was the home of several liquor stores and a dance hall, according to the Texas State Historical Association. Mike Turner told the New York Post: "There was a long line of cars from Corsicana and all-around Navarro County here." Considered one of the only places to buy alcohol, Mustang was quite the boomtown.

However, today the town is a shadow of its former self, compared to its vibrant heyday. According to the Los Angeles Times, in 2007, Marsha McKie, the widow of Mustang’s co-founder, fought for ownership of the town with plans to rescue it and turn it into a family-friendly rest stop with an RV park and playground. 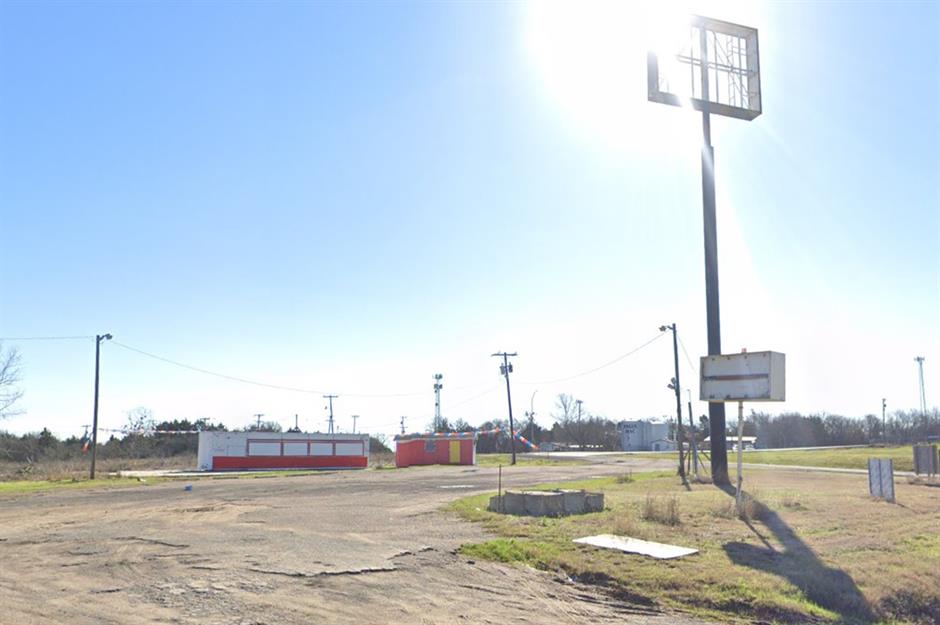 But Marsha's plan was thwarted when she came up against Thomas Sinclair, a strip club operator, who agreed to buy Mustang for $600,000 (£450k) from the McKies in 2005. At the time, Sinclair was represented by Marty Price – the very same Marty Price who would eventually come to own the town, before Mark Cuban snapped it up.

A new lease of life? 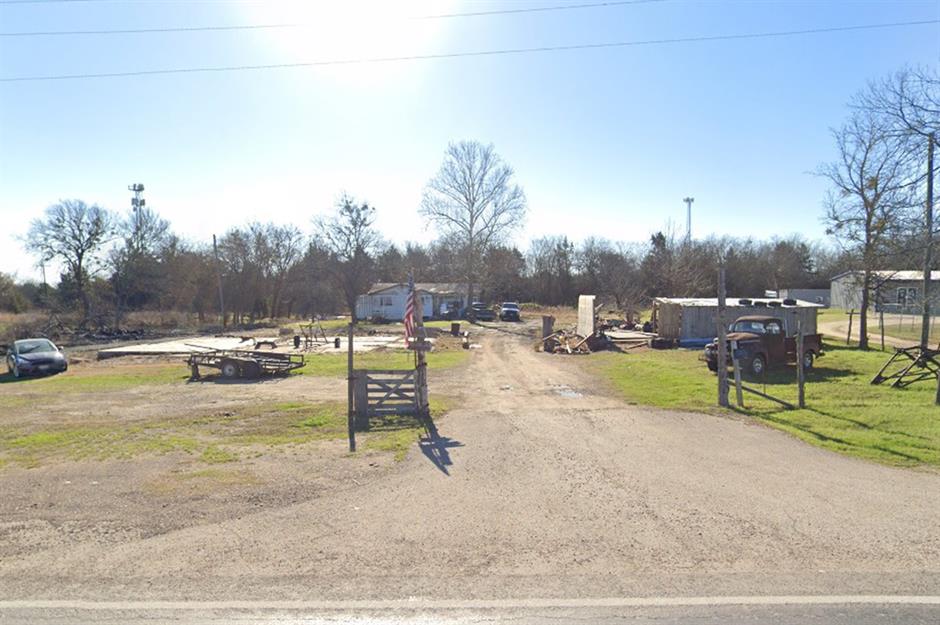 Today, all that's left are the remainders of yesteryear, from ranches and a vacant mobile home park to an abandoned strip club, an empty adult book store and a water tower. Currently with no zoning limitations, the town's new billionaire buyer is certainly well-placed to give Mustang a new lease of life, though he has no plans for its development yet. 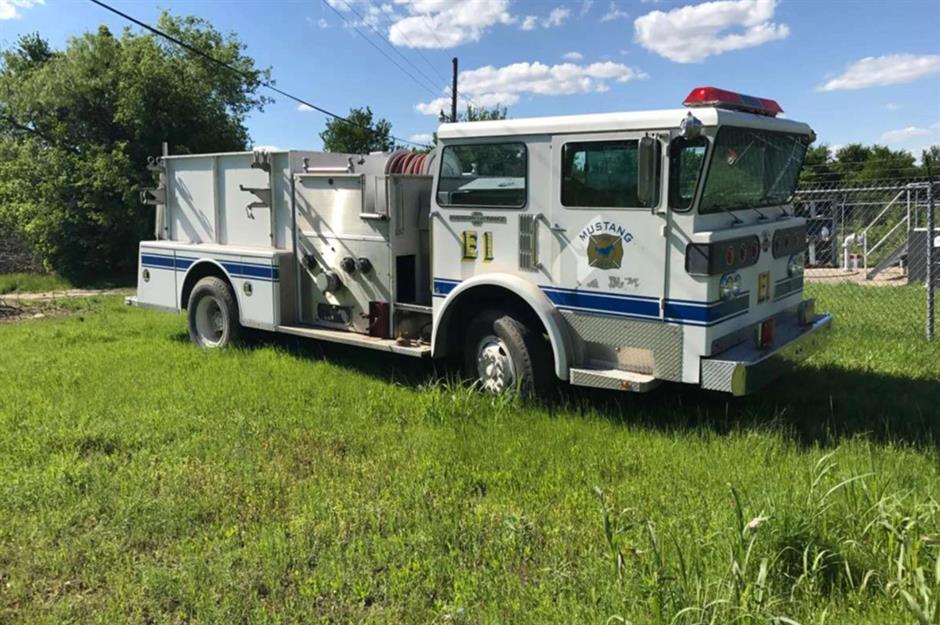 It may be a ghost town, but Mustang is also home to its very own fire station. A volunteer fire department, its presence suggests there's a tight-knit community in the regions surrounding the town. The department even has its own truck complete with the Mustang logo, which is a fun addition to Cuban's new purchase. 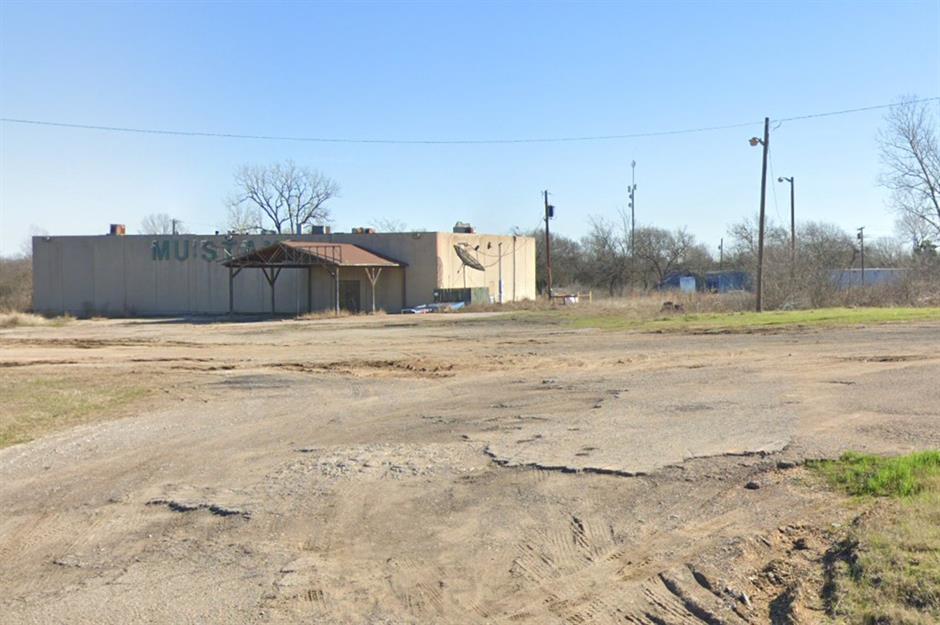 Deserted and desolate, Mustang does hide a dark secret. "There was a strip club there called Wispers that has since permanently closed. There was a killing there, the business had quite a tale," Mike Turner revealed to the Houston Chronicle in a 2017 interview. According to the Corsicana Daily Sun, a patron died outside the building back in 2008 following a confrontation in the club.

Despite its chequered past, there's plenty to admire in Mustang too. Sitting on 77 acres of land, the town has many surprising beauty spots that could make it a draw for visitors, if it's given the attention it so sorely needs. Heading away from the abandoned buildings nature takes over. This stream, flanked by woodlands, is a tranquil escape from the town's dilapidated infrastructure. 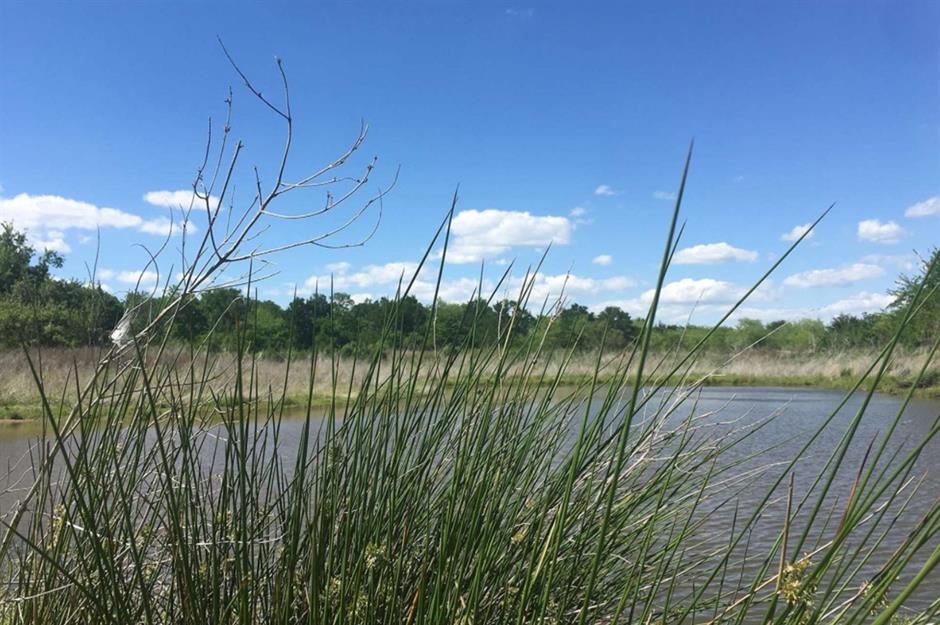 Mustang might be short on human residents, but it is home to an alligator that lives in one of the town's scenic ponds, according to reports. Excuse us if we don't introduce ourselves... Now in Mark Cuban's hands, we can't wait to see what becomes of this empty Texan ghost town.