The family and financial secrets of Princess Diana's childhood home 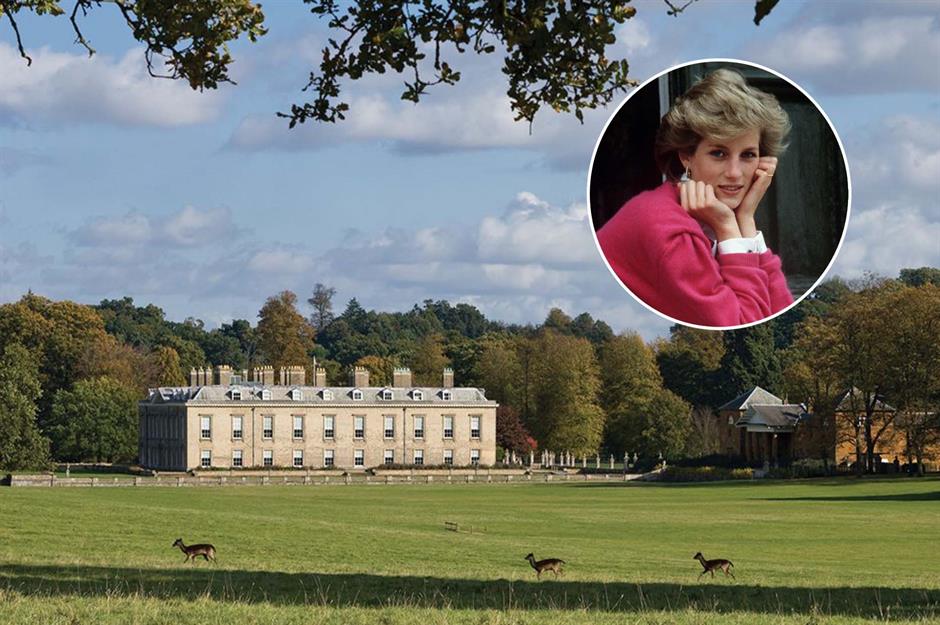 The childhood home of Diana, Princess of Wales, Althorp House was the scene of many pivotal moments in the story of the British royal family – most significantly, it was where a young Diana Spencer first met her future husband, Prince Charles. But the estate's illustrious history extends much further back. Home to 19 generations of the Spencer family, its walls have more than a few fascinating tales to tell. To mark what would've been her 60th birthday, let's explore the secrets of the formative home of Princess Diana. Click or scroll on for more...

First mentioned in the 11th-century Domesday Book as ‘Olletorp’, Althorp started life as a small village, located around six miles north of the town of Northampton in the English county of Northamptonshire. In the early 14th century, the village had a tiny population, estimated to be around just 50 people. 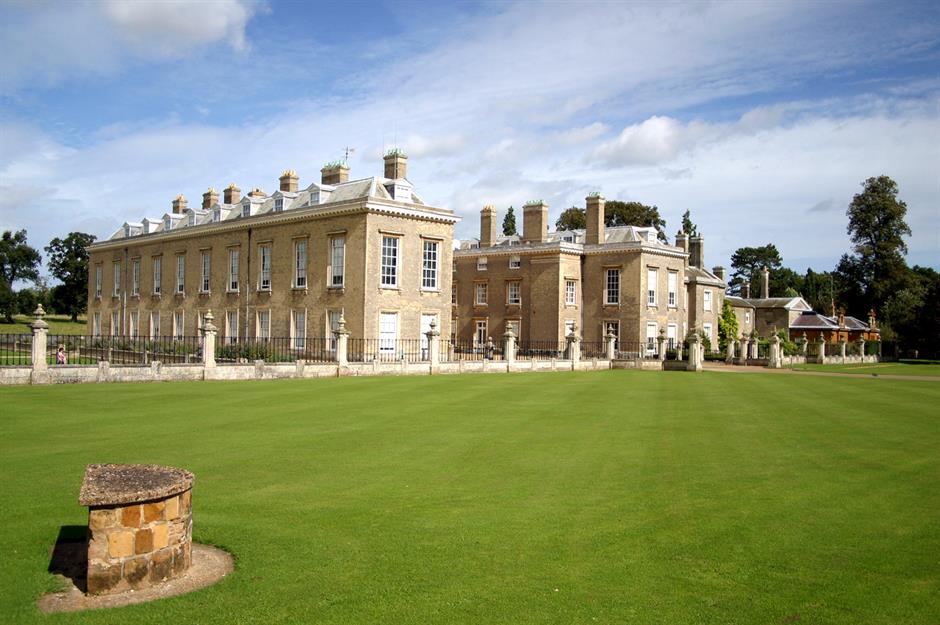 By the early 15th century, the village was almost deserted and the acreage was up for grabs. Sir John Spencer, who grazed sheep in the village, eventually bought up the land in 1508 and built Althorp House using funds from his sheep-farming business. The sale was estimated to be worth around $1,100 (£800) at the time, which is around $1.2 million (£922k) in today’s money.

Passed down through generations

After spending years working and living on the estate, Spencer eventually died in 1522, leaving the estate to his youngest son, Sir William Spencer. The property was passed down through the Spencer line for years, until in the early 17th century, William’s great-grandson, Robert, eventually inherited the property. Sir Robert was made the 1st Baron Spencer of Wormleighton and was reputed to be one of the richest men in England at the time.

After passing through another generation of the Spencer family, in 1669 Althorp passed into the hands of Robert Spencer, 2nd Earl of Sunderland, when he was no more than an infant. When he was old enough, Robert started work on the estate, rebuilding the manor and making several changes to the vast property. The grand main house is pictured here in 1677 before renovations took place.

A hub of high society 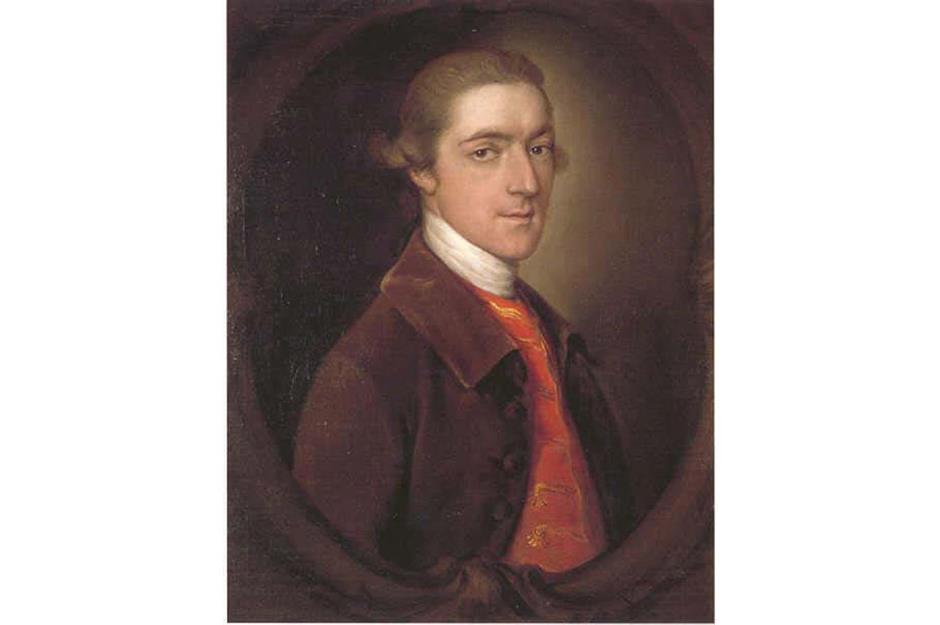 By the mid-1700s, Althorp was owned by John, 1st Earl Spencer and his wife, Margaret Georgiana Poyntz. It was during John's ownership that Althorp is said to have really come to life. During the Christmas of 1755, the young John Spencer threw a grand party at the house to celebrate his 21st birthday. According to legend, while the ball was in full swing, he and 18-year-old Margaret married in secret. 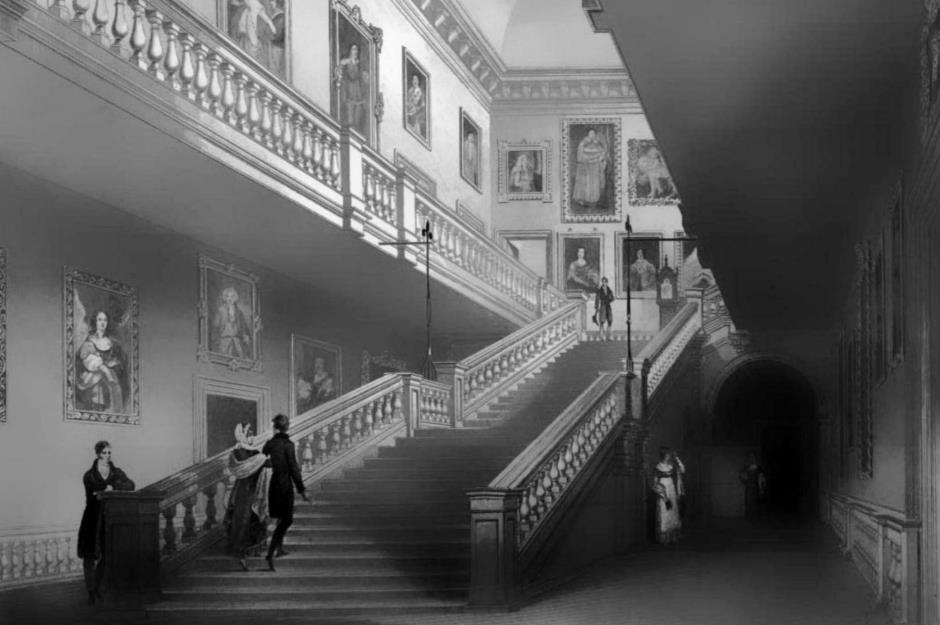 John hosted many parties at Althorp and the grand estate soon became well known as a hub for extravagant soirées and festivities. Georgiana Spencer, the Earl's first daughter, was also born at Althorp in 1757. The four-time great-aunt of Princess Diana, she eventually became the Duchess of Devonshire and was a notable English socialite, most famously portrayed by Kiera Knightly in the film The Duchess.

When John Spencer passed away in 1783, the estate was inherited by his son, George John, who was the 2nd Earl Spencer. George continued to keep the house alive, and developed one of the largest libraries in Europe inside Althorp, with over 43,000 first editions lining its bookshelves. 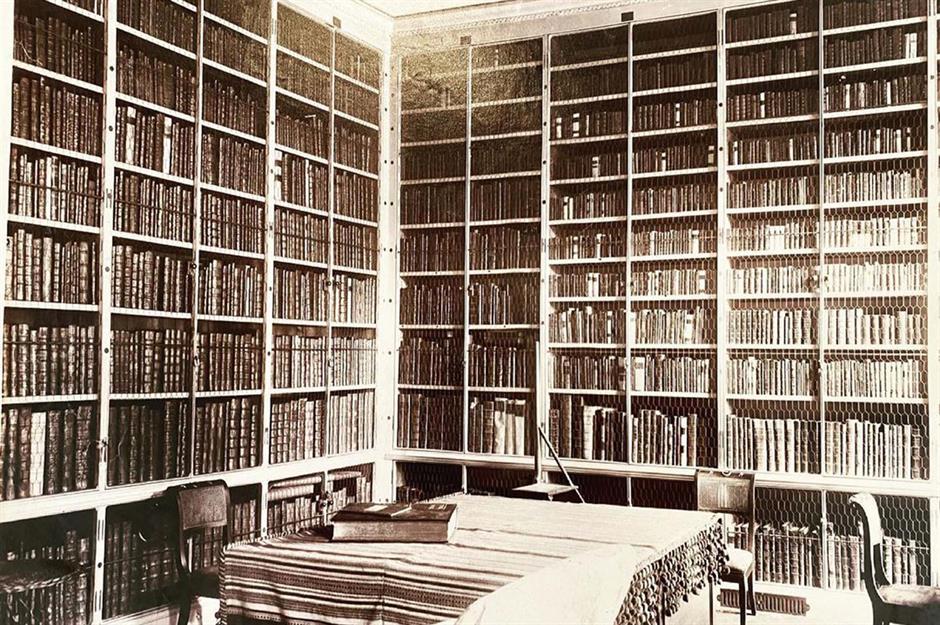 Pictured in 1892, this is the old book room, the bedroom of George John, 2nd Earl Spencer. Full of first editions of early printed works, including 57 Caxton bibles, it was here where the Earl died in 1834. 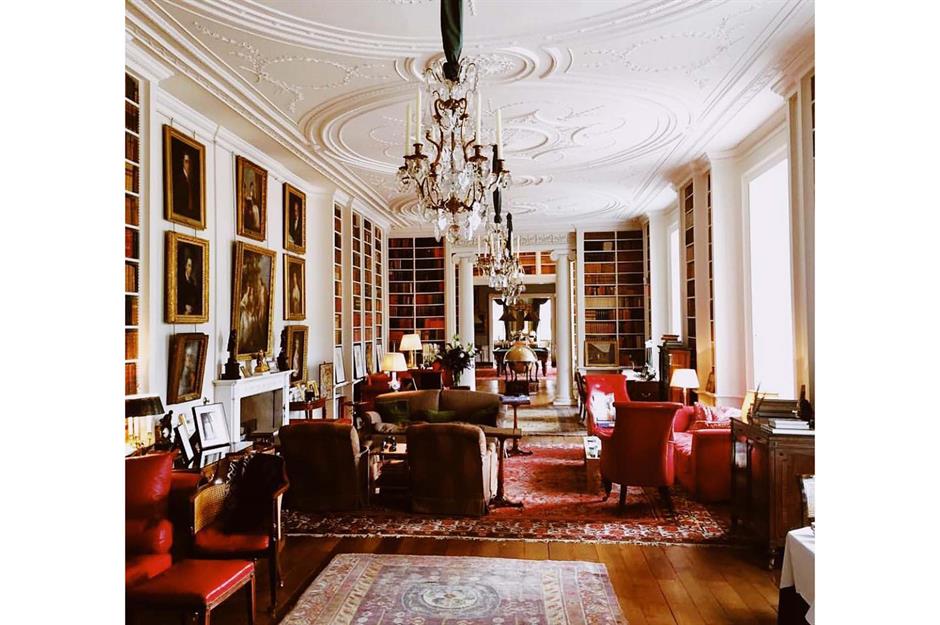 Sadly, in the 19th century, the extensive book collection was later sold by the 5th Earl of Spencer to pay off increasing debts, who was also known as the Red Earl because of his auburn beard. Today, the library is still intact and is said to be the current Countess Spencer of Althorp's favourite spot to curl up with a book. 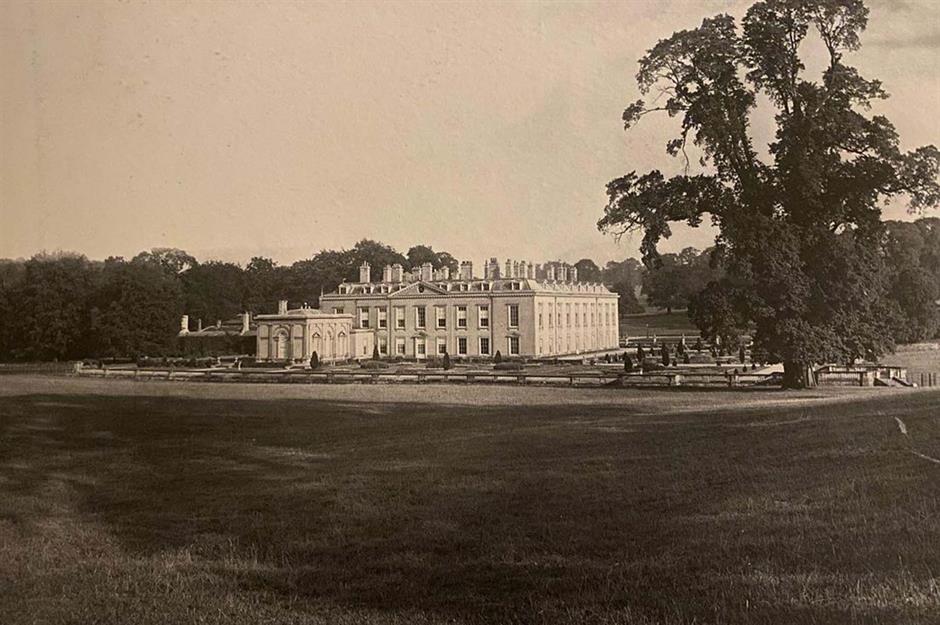 Over time, Althorp House has undergone a whole host of renovations. The house was overhauled in the 18th century by architect Henry Holland, who transformed it from a red-brick Tudor mansion into a grand design with four Corinthian pillars added to the front of the house. The house can be seen here in 1892 with its grand new exterior. 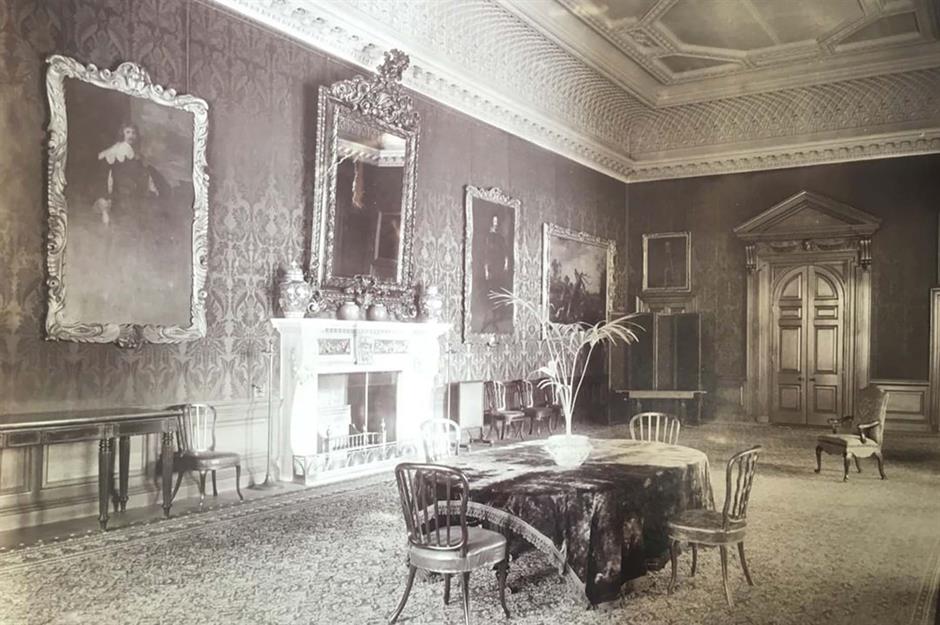 As well as looking to make money, the 5th Earl Spencer built the grand State Dining Room in 1892 as an extension to the house. It was designed by MacVicar Anderson in the style of the palatial ballroom in Buckingham Palace. These days, Althorp House contains around 90 grand rooms fit for royalty. 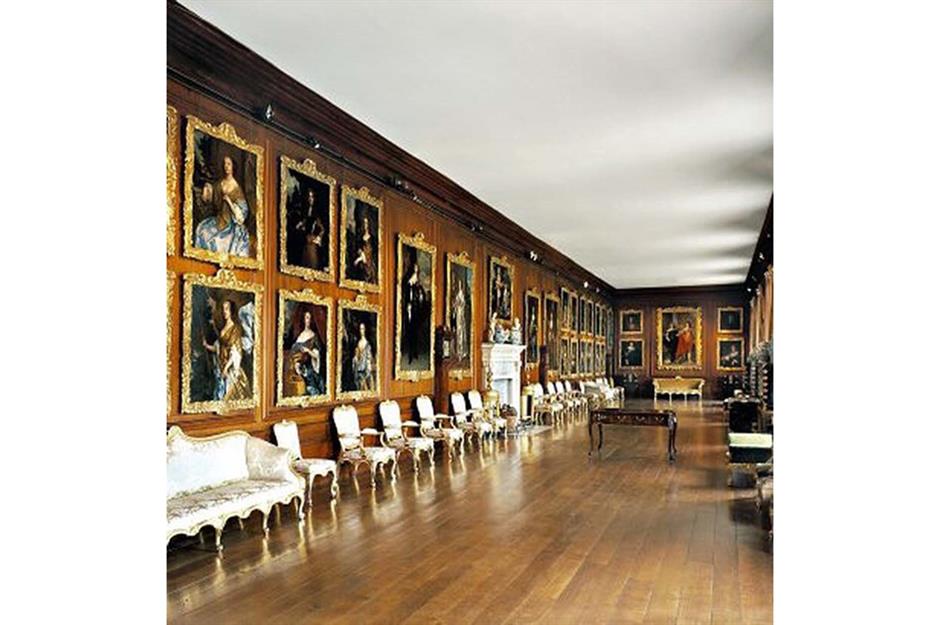 However, one of the home's most impressive original period features is the 115-foot-long Picture Gallery, which was left untouched after the renovations and to this day still retains its Tudor wood panelling. 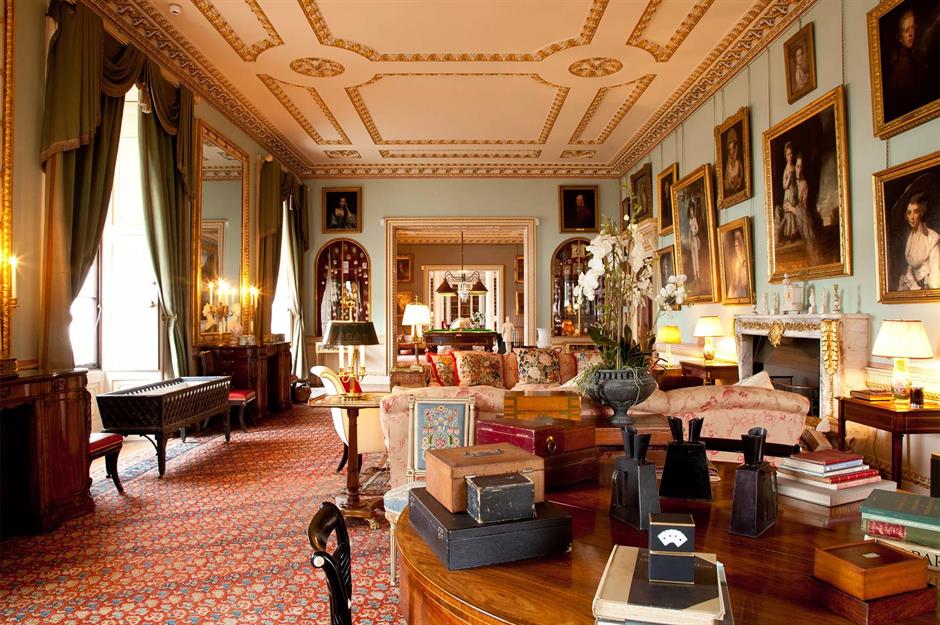 Formerly a dining room for around a hundred years, this grand space was overhauled into the South Drawing Room. The family would have hosted many a high-society guest here, watched over by a number of revealing portraits that hang from the walls. Alongside a portrait of the young John Charles, Viscount Althorp, painted in 1786 by Sir Joshua Reynolds, there’s a picture of Lady Georgiana Spencer as a child. 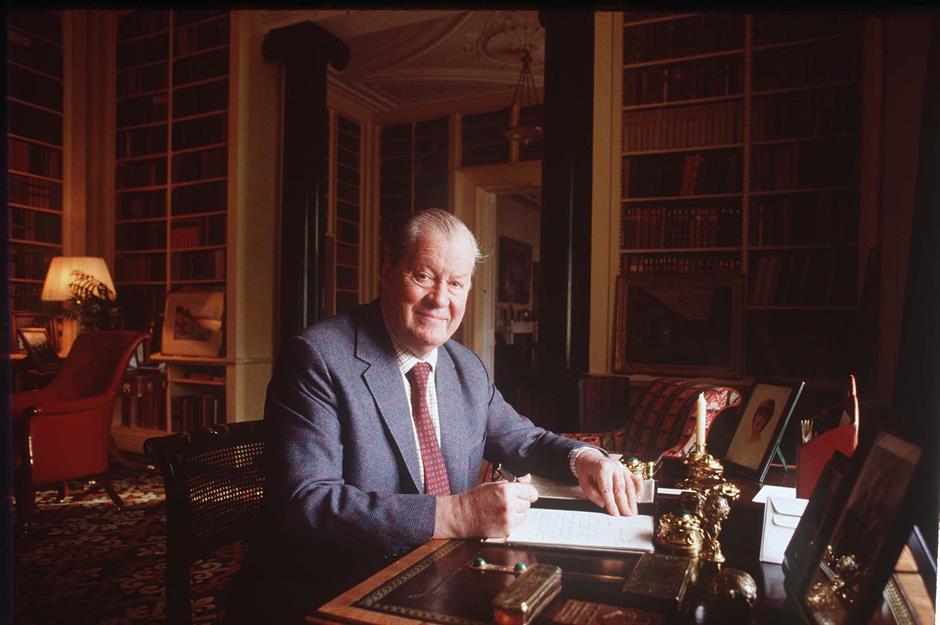 During the Second World War, many of the family's artworks and belongings from the London-based Spencer House were moved to Althorp for safekeeping. The stately home was then opened to the public for the first time in 1953. Edward John, 8th Earl Spencer (pictured) took the reigns in 1975 when he inherited his earldom. 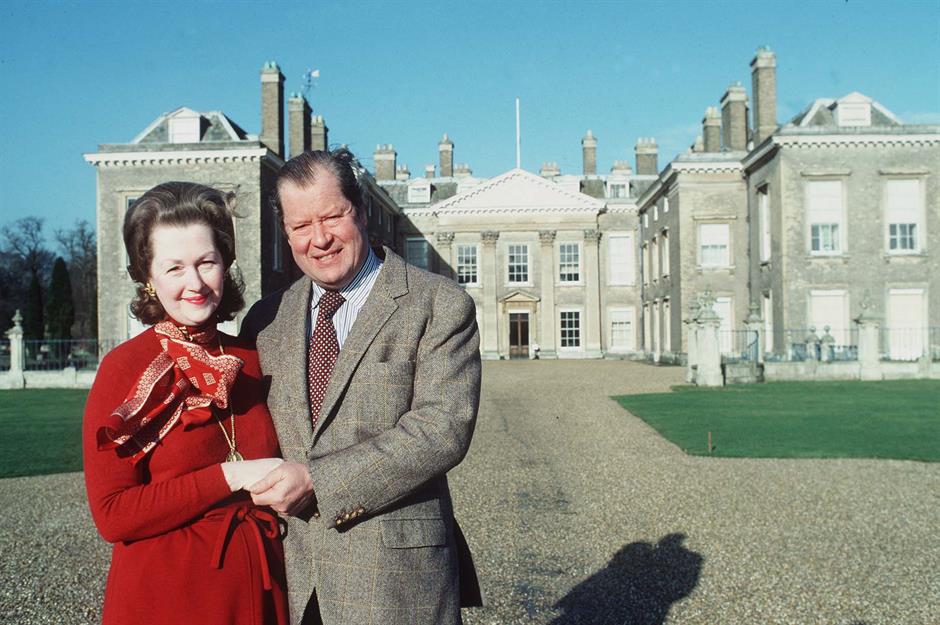 Edward John Spencer and his wife, Frances Shand Kydd, were parents to Diana, Princess of Wales, along with her four siblings, including Charles Spencer, Viscount Althorp. However, the pair divorced when Diana was just seven years old and the 8th Earl Spencer was remarried to Raine McCorquodale (pictured), daughter of the romantic novelist Dame Barbara Cartland. 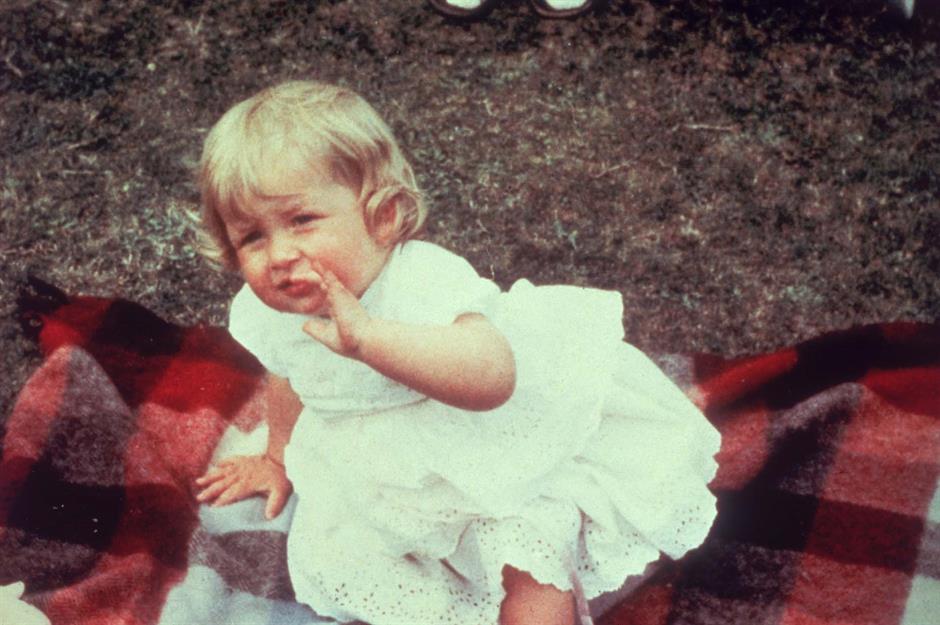 Born at the family's property on the Sandringham Estate, Diana Frances Spencer spent much of her childhood at Park House in Norfolk. It wasn't until 1975, when Princess Diana was 13 years old, that the family moved from Sandringham to the Althorp estate in Northamptonshire. 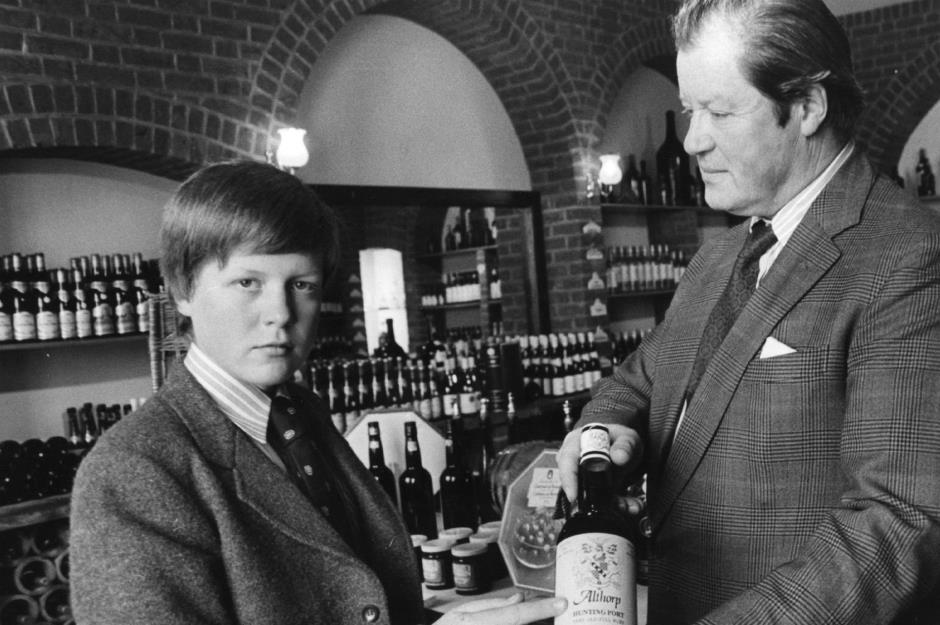 Pictured here with Diana’s brother Charles, Diana's father, Edward John Spencer, was forced to sell many treasures to pay for the estate's upkeep after taking over Althorp. He even started producing his own wine and built up an extensive wine cellar. 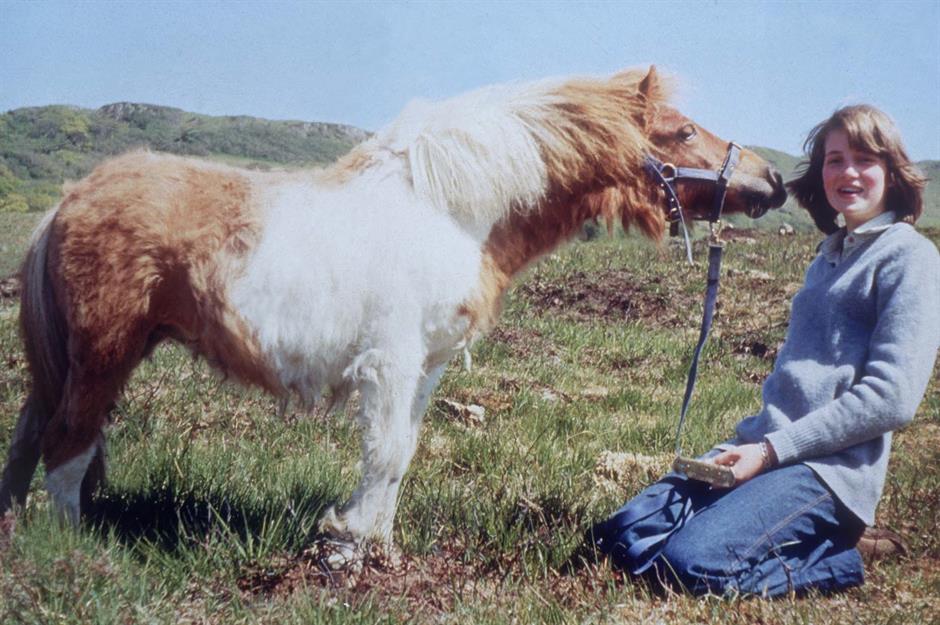 The teenage Diana Spencer enjoyed the remainder of her formative years at the estate, gaining the title of Lady Diana when her father was crowned 8th Earl Spencer. However, her world would change forever when she met Prince Charles when she was just 16 years old at Althorp House. Upon their marriage in 1981, 22-year-old Diana became the Princess of Wales, and the rest as they say is history.

Returning to the family estate 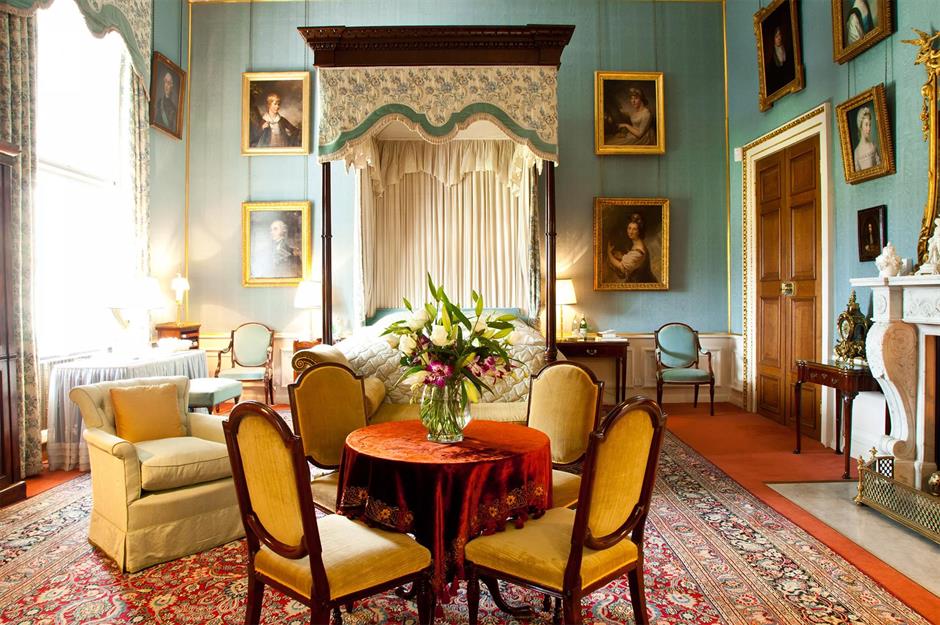 Even after tying the knot with Prince Charles and joining the British royal family, Diana continued to visit her childhood home. Her favourite bedroom when she returned to Althorp is said to have been the King William bedroom, with its blue and yellow décor. 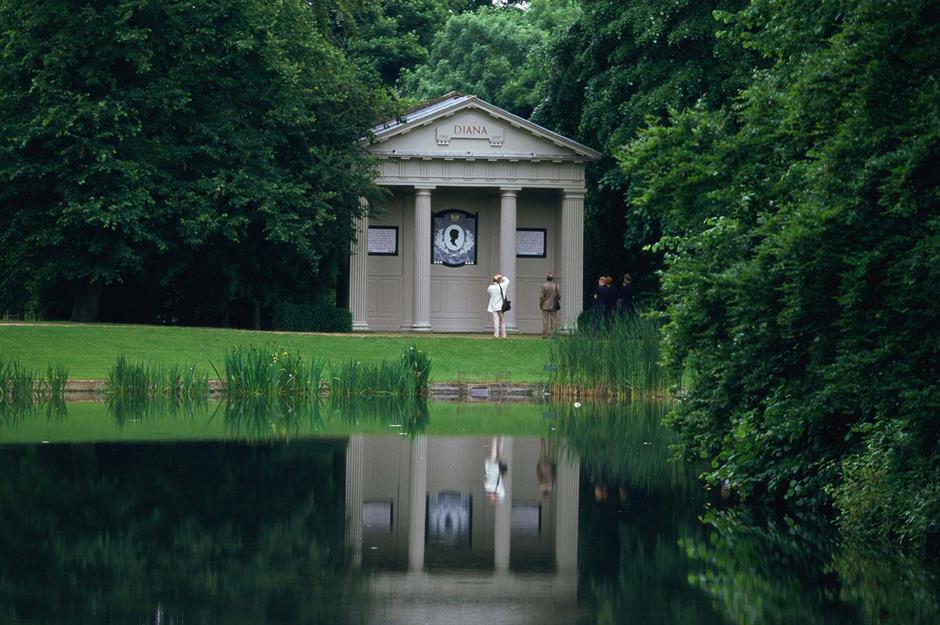 Following Diana's tragic death in a car crash in 1997 at the age of just 36, a memorial was created at Althorp and opened up to the public. Landscape architect Dan Pearson was commissioned to update the grounds to accommodate visitors and 36 oak trees were planted along the entrance to the estate to symbolise the years of Diana's life. Now, to mark what would've been her 60th birthday, a memorial statue will be unveiled at the Sunken Gardens at Kensington Palace. 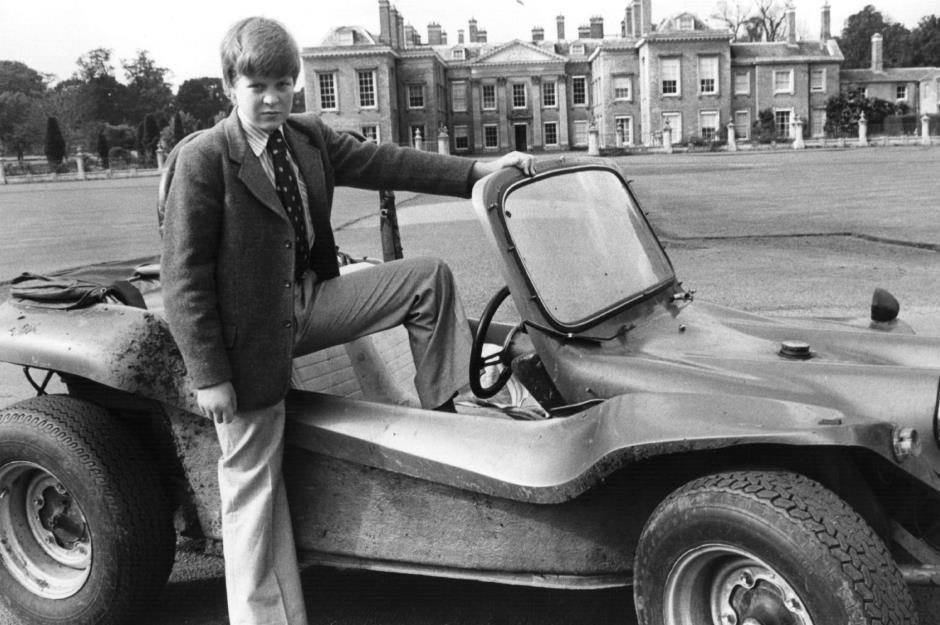 When Edward, Diana's father, passed away in 1992, just five years before his daughter, the estate was inherited by his son, Charles Spencer, 9th Earl Spencer, who now resides there with his family. With the sprawling property losing huge amounts of money annually and struggling to survive, it was time for another overhaul. 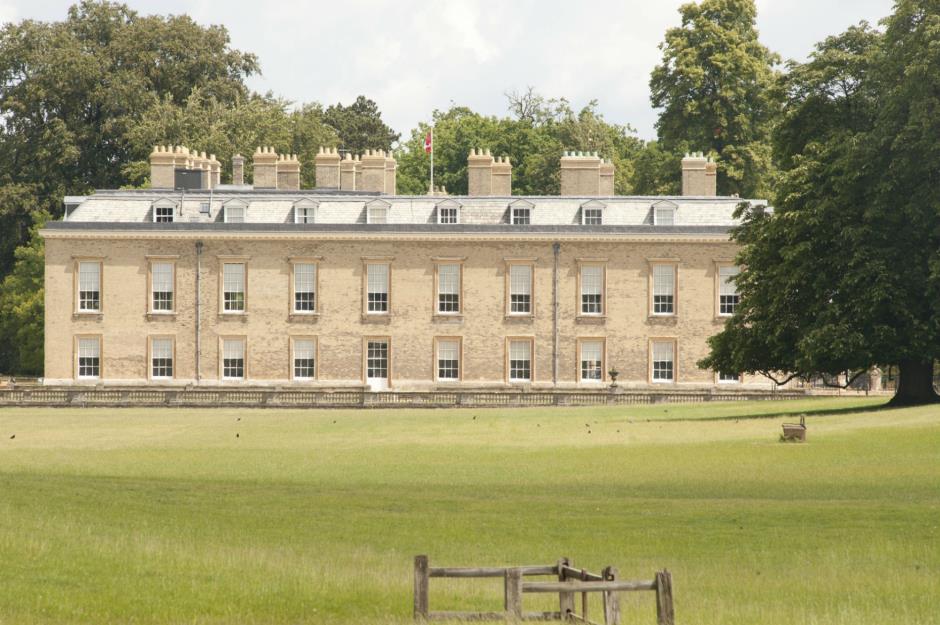 Since the 1990s, Charles has worked hard to increase the estate’s revenue to keep Althorp running. As well as a popular public space and tourist attraction, events were formed, such as the Althorp Literary Festival, which was founded in 2003 and helps boost the family's income. 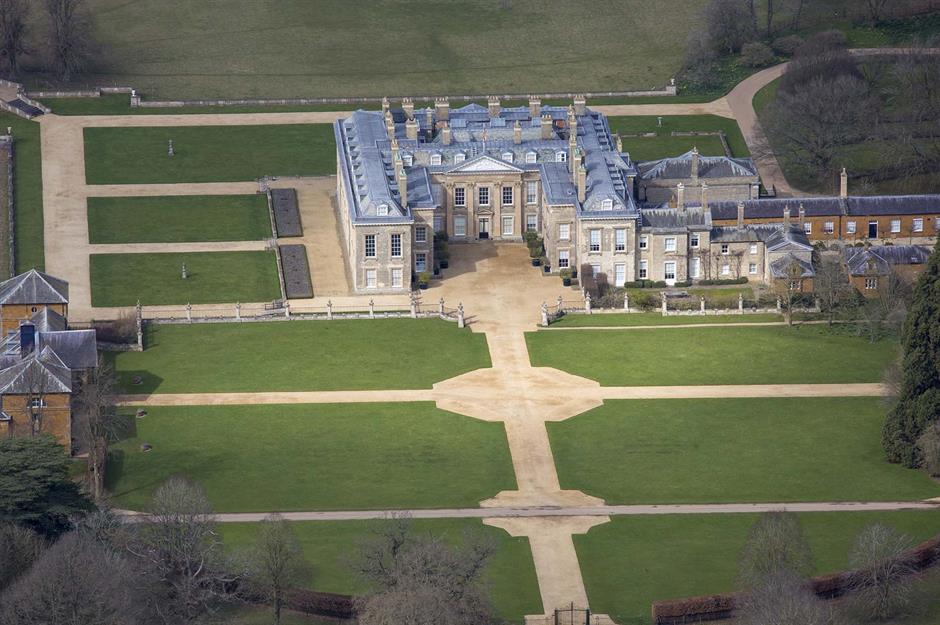 In 2009, major works were carried out to restore Althorp. Work was done on the stonework, roof and tiles, but the job wasn’t cheap. The cost of the expensive renovation is estimated to have run into the multi-millions, with $13.8 million (£10m) spent on the roof work alone. 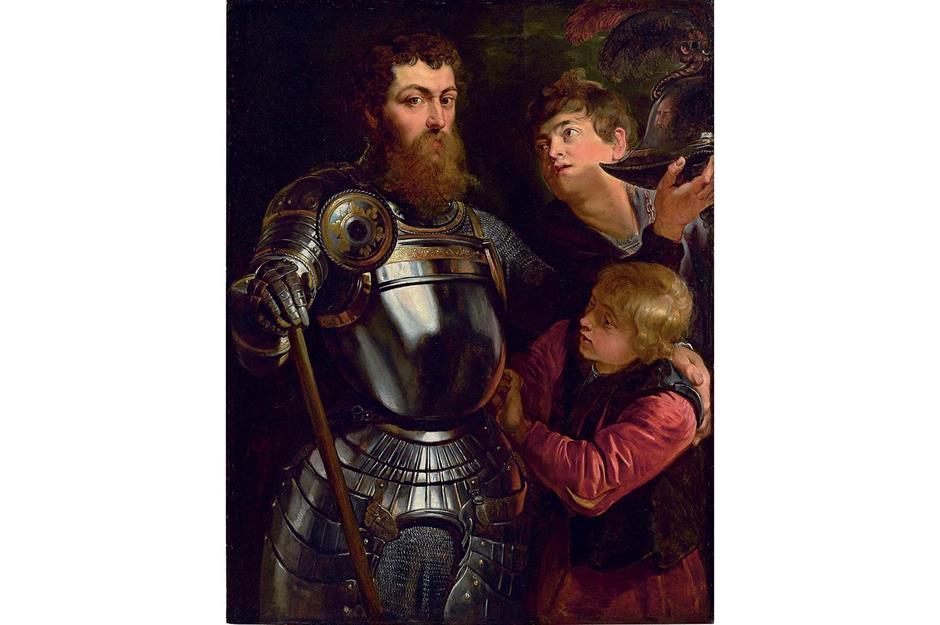 The following year, a huge auction took place and hundreds of items from within the estate were auctioned off for a whopping $29 million (£21.1m). They included this 17th-century painting, 'A Commander Being Armed For Battle' by Sir Peter Paul Rubens, which fetched $12.4 million (£9m).

Open to the public 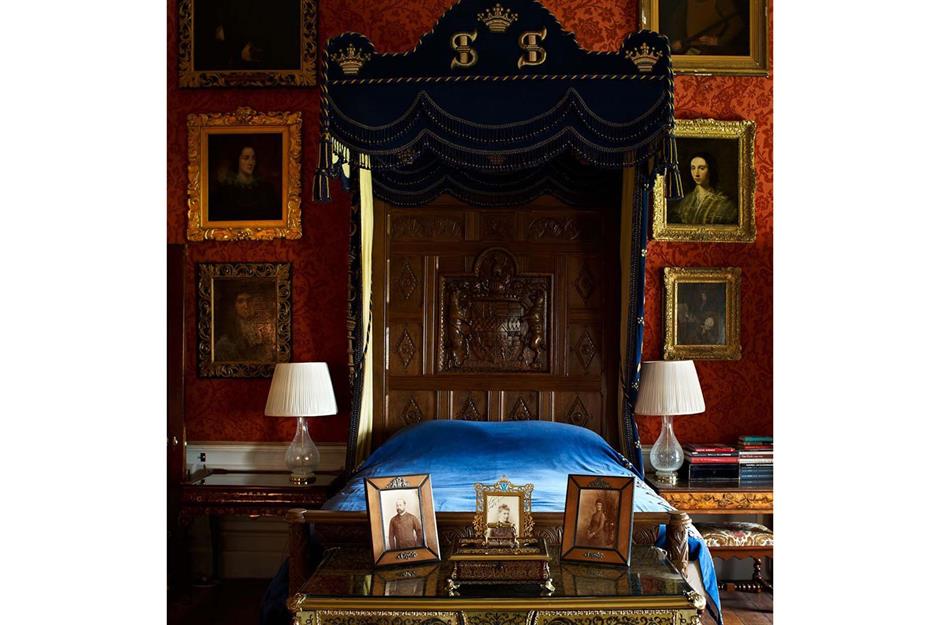 Today, Althorp House is a major draw for tourists, and after being closed due to the pandemic, it's set to reopen to the public on 1 July 2021, the date of what would've been Princess Diana's 60th birthday. Guests can stroll around the grounds and see inside the grand house, including getting a sneak peek inside the Oak Bedroom where Earl Spencer reportedly tied the knot with his wife during his 21st birthday party in 1755. 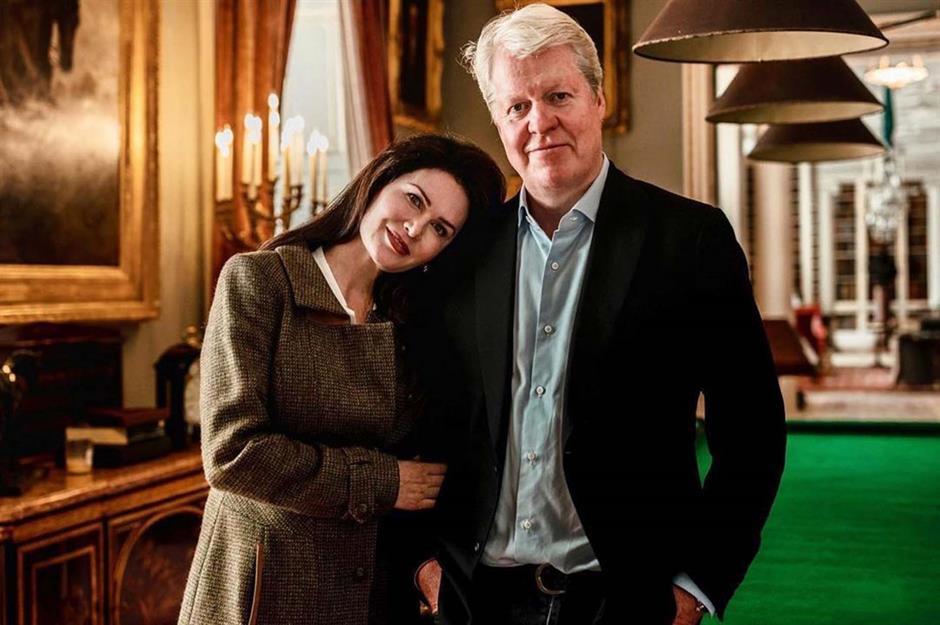 Spanning 13,500 acres and encompassing 28 listed buildings, the estate is still owned by Charles Spencer and is primarily his family home. He resides on the property with his wife, Karen Spencer, Countess Spencer, and his children, Lady Kitty Spencer and Louis Spencer, Viscount Althorp. Louis is set to eventually inherit his father's title, along with the Grade I-listed home and grounds.