Explore the historic home of the Queen 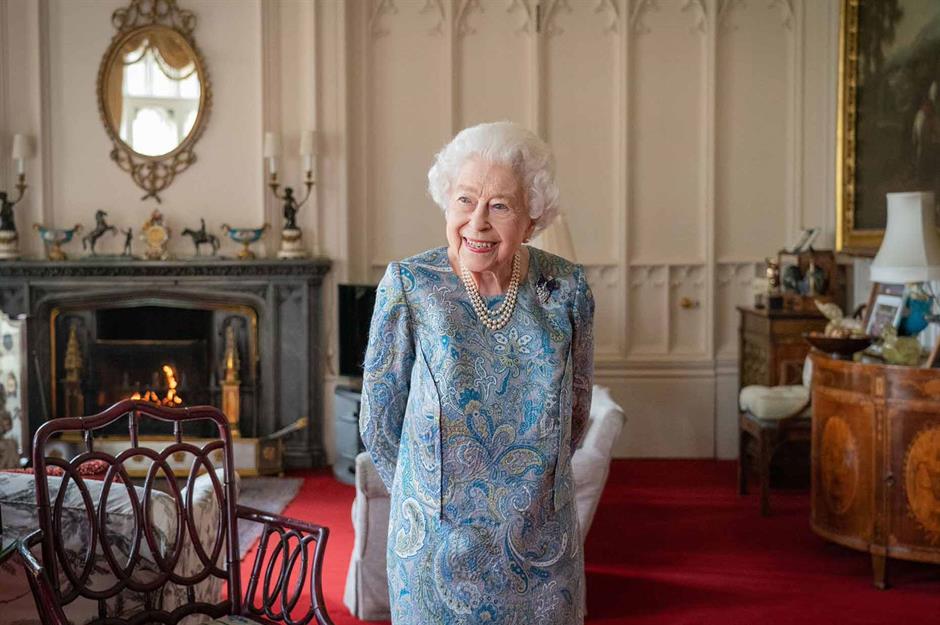 Move over Buckingham Palace! Once just a weekend retreat, Queen Elizabeth II has been based full time at Windsor since the start of the pandemic in March 2020 and has since made it her permanent home and main official residence. Let's take a look at its fascinating history and the secrets behind its walls...

Windsor Castle: a millennia of history

It is the largest inhabited castle in the world and has more than 1,000 sumptuous rooms, historic treasures and beautiful grounds. Windsor Castle has been a favourite royal residence since its foundations were laid around 900 years ago – and it's not hard to see why. With crenulated fortifications, turrets, towers and moats, it is the prototype for a quintessential English castle. 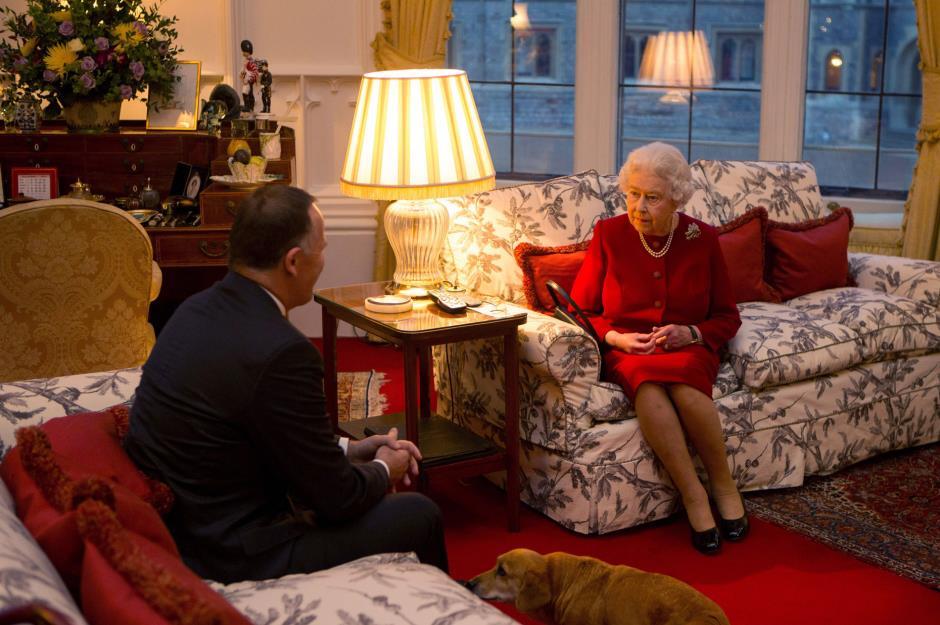 Despite its huge size and stately magnificence, Windsor Castle is first and foremost a home for the Queen. The private apartments are normally kept away from prying eyes, but this rare glimpse shows the Queen in her sitting room meeting the New Zealand Prime Minister John Key. Like all of the Queen's homes, it is decorated in a traditional English style that's more comfortable and functional than wildly luxurious. 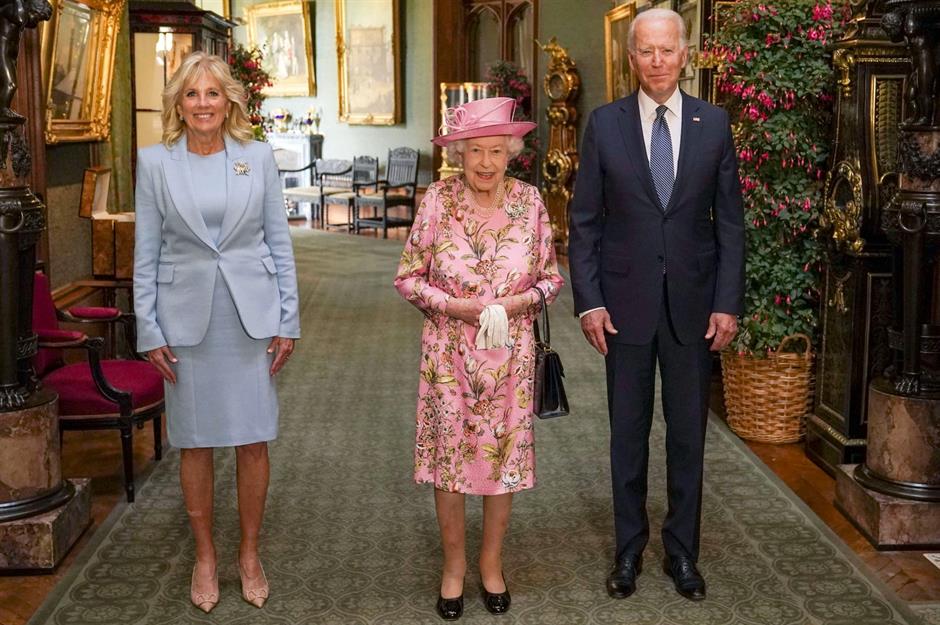 As well as living in Windsor Castle day-to-day as her primary residence, the Queen also uses the grand buildings for state visits. On his first foreign trip as President, Joe Biden and his wife, First Lady Dr Jill Biden, were invited to take tea with Her Majesty on Sunday 13 June 2021 after attending the G7 summit in Cornwall. Biden was the 13th US president that Queen Elizabeth had met over her 69-year reign. 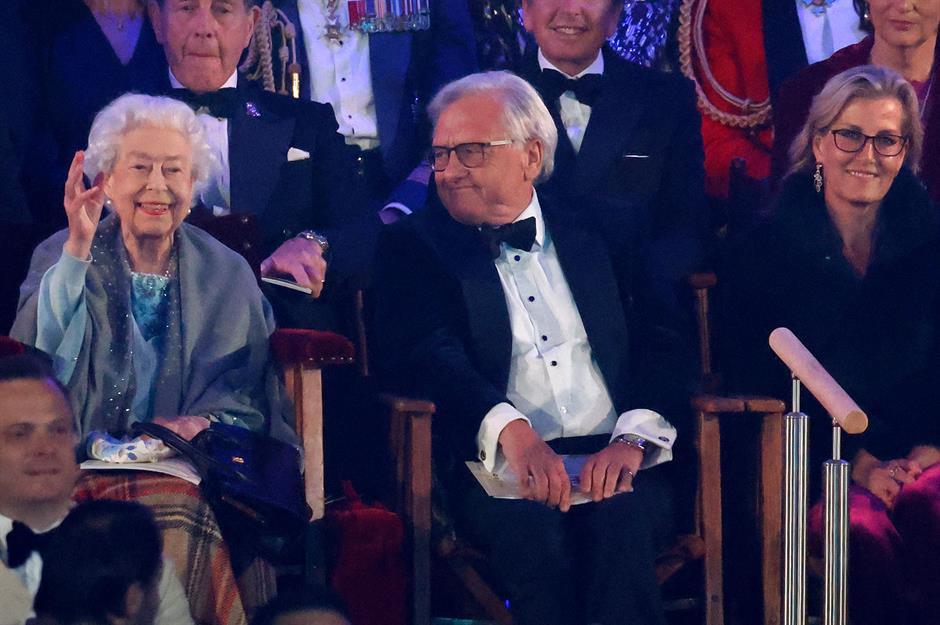 More recently, Her Majesty was on sparkling form attending the 'A Gallop Through History' performance - an extravaganza featuring 500 horses and 1,000 performers – which was part of the official celebrations for Queen Elizabeth II's Platinum Jubilee during the Royal Windsor Horse Show at Home Park, Windsor Castle on 15 May, 2022. She is joined by Sophie, Countess of Wessex.

As you would expect, the castle's origins go way back in the timeline of important British history and it has housed 39 monarchs over the centuries making it the oldest continuously occupied castle in the world. It was founded after the Norman Conquest by William the Conqueror in around 1070. The fortress was strategically placed on the banks of the River Thames to protect London from the West and also because of its proximity to the royal hunting ground, Windsor Great Park.

The castle occupies 13-acres of land, with Windsor town to the west, the playing fields of Eton College to the north and Windsor Great Park to the south. Dating from the 11th century, the walls of Windsor Castle, including those around the Moat Garden, were once wooden but were replaced with stone during the reign of King Henry II, who converted the castle into a palace in the late 12th century.

A secret at Windsor Castle 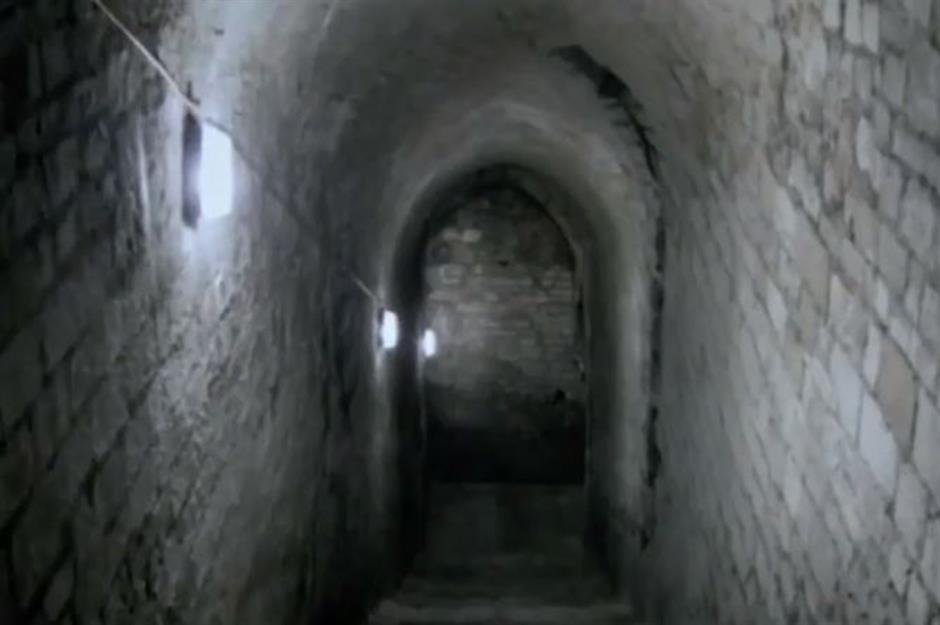 Back before the castle was turned into a palace, secret passageways and escape routes were a necessity and one was included by the architects of the royal home. Leading out into the streets, the entrance to the passageway is still hidden within the castle today underneath the carpet in an unassuming office. Revealed in the BBC documentary, The Queen's Palaces, it just shows the castle's colourful history.

Kings and Queens of Windsor 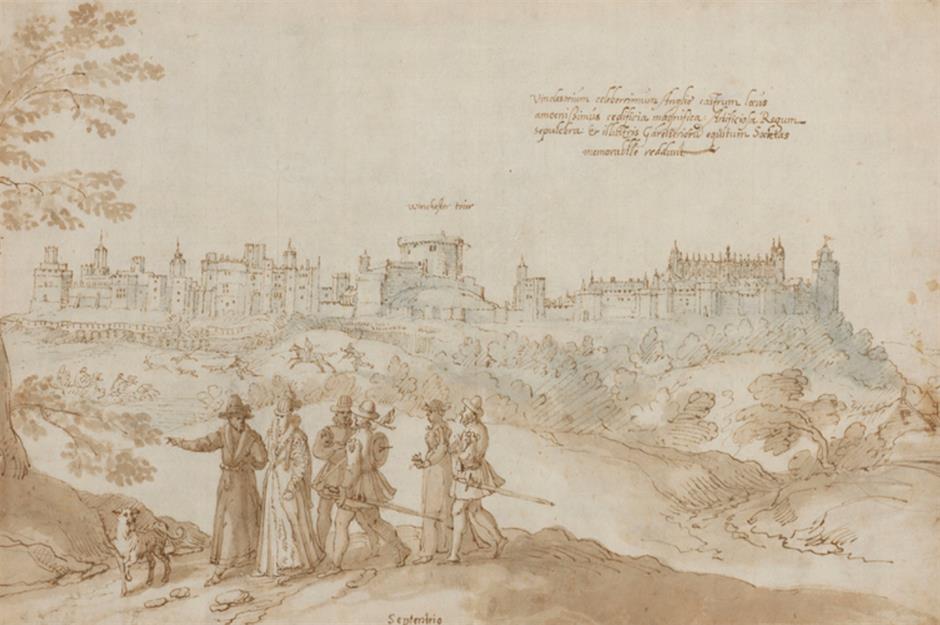 Windsor Castle was also much used by the Tudors. Henry VIII was a regular visitor and he is even buried under the quire of St George’s Chapel, next to his beloved wife Jane Seymour, the only wife to give him a surviving legitimate male heir. This drawing shows Windsor Castle as it looked around 20 years after Henry’s death.

Adopted by Oliver Cromwell as his headquarters during the English Civil war (from 1642-51) and doubling as a prison for captured Royalists, by the time Charles II came to the throne in 1660, Windsor was in a poor state of repair. Charles began a renovation project to turn it into a grand residence, transforming the State Apartments with wood carvings by Grinling Gibbons and painted ceilings by Antonio Verrio. This statue of Charles II was added in 1679.

A castle to rival the Palace of Versailles 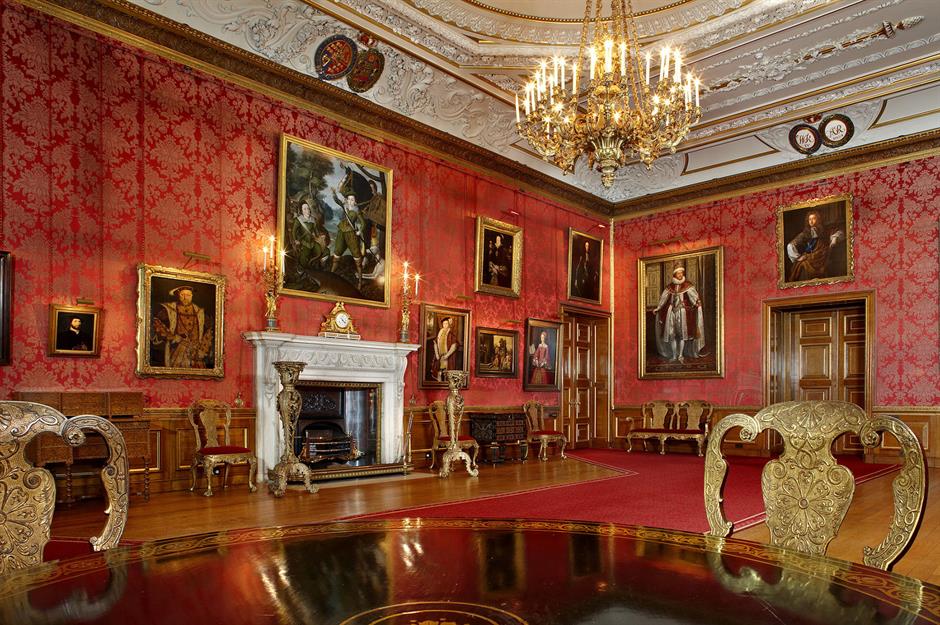 King Charles II created the lavish apartments you see today, in a bid to rival his cousin King Louis XIV’s Palace of Versailles. The Queen's drawing room, pictured here, serves primarily as a picture gallery with many Old Masters' paintings on display, including those by Hans Holbein the Younger and Anthony van Dyck. There are also portraits of Henry VIII and a young Elizabeth I.

As well as creating the State Apartments, Charles II was also responsible for the addition of the Long Walk and had double rows of elm trees planted the entire length of the route. This 2.64-mile path leads from Windsor Great Park into the castle.

King George III was responsible for re-igniting royal interest in Windsor Castle during his reign (1760-1820) restoring St George's Chapel and commissioning the esteemed architect James Wyatt to remodel much of the Upper Ward.

Under the reign of the famously opulent King George IV (1820-30) the Semi-State rooms and the glorious Grand Reception Room, with its gilt walls and giant chandeliers, were given a 19th-century uplift at a cost of around $880 million (£700m), in today's money.

George IV continued his father's vision and had many of the medieval towers reworked. He also had the iconic Round Tower raised into the position we see today. In 1837 Queen Victoria came to Windsor for the first time and during her reign, the castle became the main palace and a showpiece for the British Empire. It was here that Victoria hosted ambassadors and ministers from across the world. 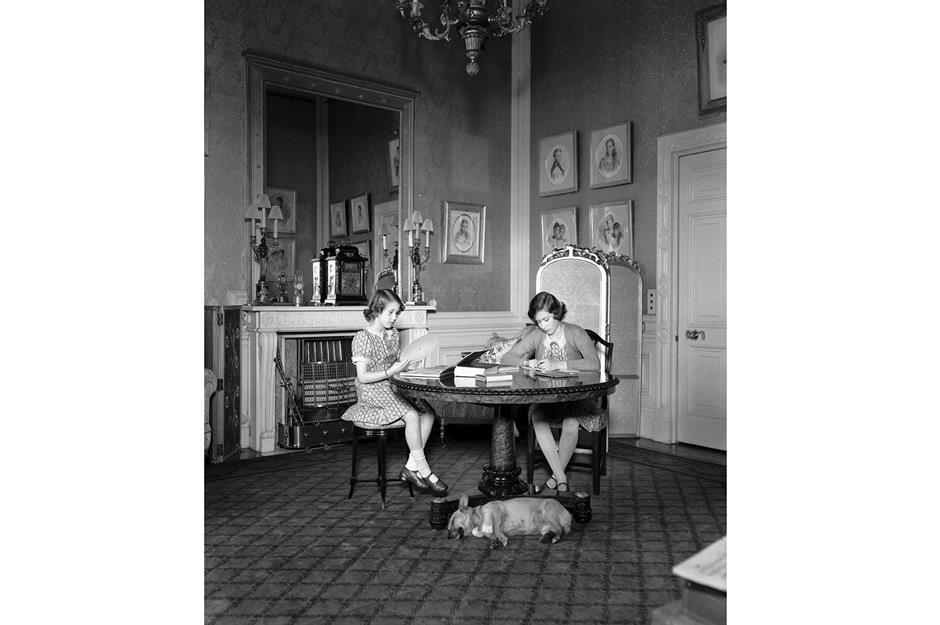 A devastating fire at Windsor Castle in 1992, which apparently started in St George's Chapel, caused extensive damage and led to a huge restoration project that took five years in total. Many interiors were painstakingly returned to their original design, while others were rebuilt to new designs.

Following the fire, St George's Hall was restored and its entire timbered ceiling was rebuilt, making it the largest structure of its kind constructed since the Middle Ages. 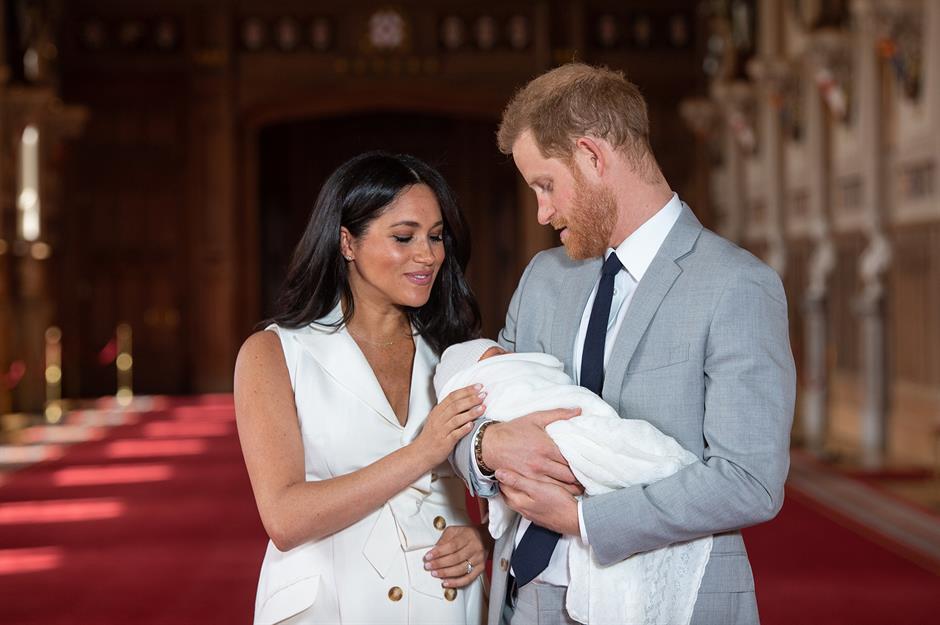 The largest room in the castle, it has been the setting for many a royal occasion in recent years. It was the setting for the wedding reception of the Duke and Duchess of Sussex in May 2018 and also where they met with the world's press to show off baby Archie after he was born in May 2019. Meghan Markle gave birth to the couple's second child, Lilibet Diana on 4 June 2021 in Los Angeles, where the duo now live.

A chamber for celebration

The Waterloo Chamber, pictured here, was often used to host lavish banquets pre-pandemic. It was commissioned by King George IV and includes portraits of the monarchs, statesmen and commanders involved in the defeat of Napoleon at the Battle of Waterloo.

Another grand room is the Green Drawing Room. A semi-state room, it sits on the east and south sides of the castle and is said to be a sunny spot. This official wedding photograph of the Duke and Duchess of Sussex was taken in the beautiful space and if you look closely you can just make out some of the green damask wallpaper in the background. 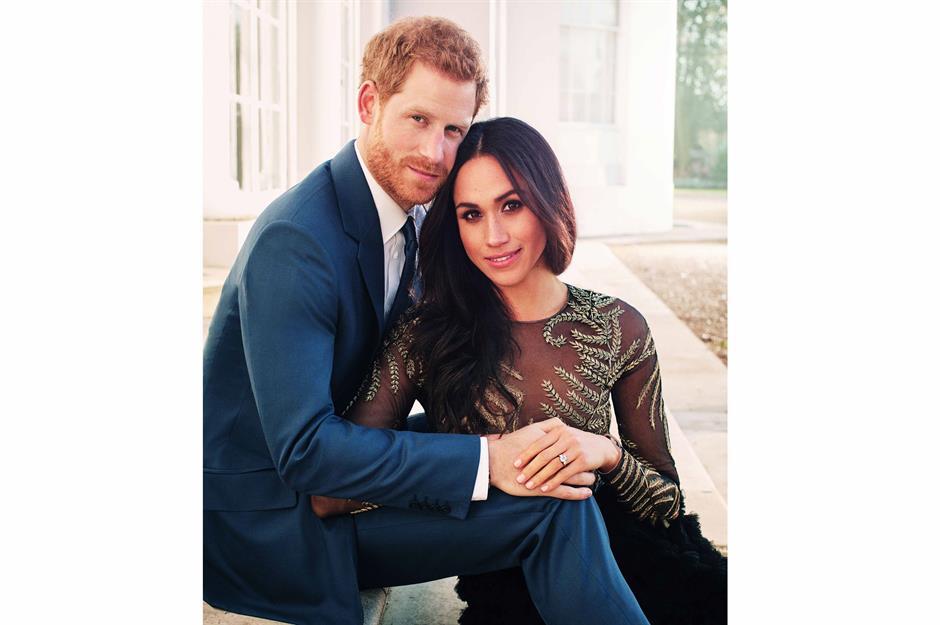 Not only the setting for their wedding, Windsor was also the backdrop for Meghan and Harry's engagement photoshoot. This photo was taken just half a mile from the castle, in the grounds of Frogmore House in December 2017. The couple also lived within the grounds of Windsor Castle in Frogmore Cottage, before they stepped back as senior royals in 2020 to start a new life in Los Angeles.

This room, which leads on to the Crimson Drawing Room and the Green Drawing Room, is decorated with cream silk broadloom damask and is where Her Majesty often receives dignitaries. The Queen frequently arranges small engagements in the White Drawing Room, in particular audiences for ambassadors and diplomats from around the Commonwealth.

An address to the nation 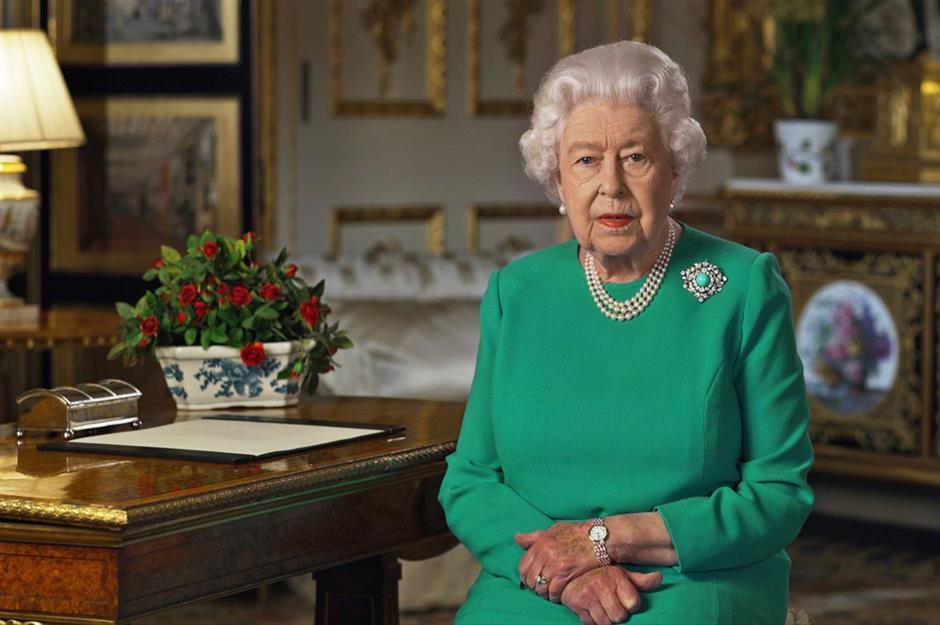 In April 2020, the Queen chose to address the nation from the White Drawing Room at the height of the coronavirus outbreak. Filmed with only one camera for safety, the short speech shows her majesty surrounded by family heirlooms which include a special 18th-century cabinet and a carpet that survived the fire of 1992.

In October 2018, not long after Meghan and Harry, Princess Eugenie married her long-time boyfriend Jack Brooksbank at St. George's Chapel. The couple then went on to have their wedding portraits taken in The White Drawing Room. The images were taken by photographer Alex Bramall at Windsor Castle and the collection also included images from later in the day at the private dinner at Royal Lodge.

St George’s Chapel, where Prince Harry and Meghan Markle married, as well as Princess Eugenie, is set within the castle grounds. It's home to the ancient Order of the Garter, a group of knights founded in the 14th century by King Edward III. Currently, Prince William and his father Charles, Prince of Wales, are members.

Inside the royal chapel

St George's Chapel is one of the finest examples of Gothic architecture in England. The interior is decorated with intricate medieval carvings and Victorian stained glass windows.

As well as a place of celebration, the chapel is the final resting place for many famous royals, including Henry VIII and Charles I. Their burial place is marked by a plaque on the floor in the medieval quire. 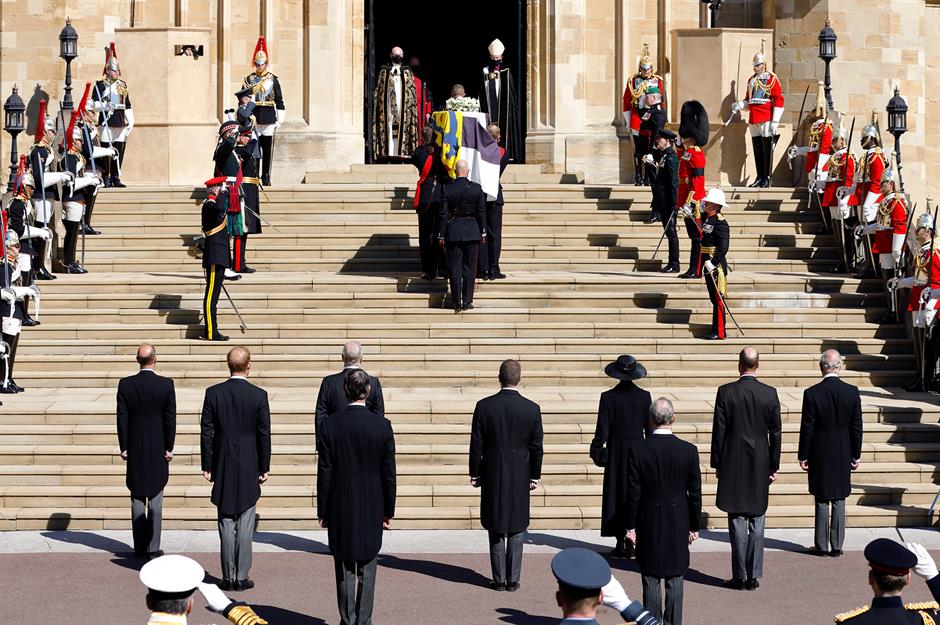 In April 2021, St George's Chapel played host to the funeral of Prince Philip, Duke of Edinburgh. According to his wishes, the Duke's coffin was driven from Windsor Castle to the chapel in a custom-built Land Rover Defender, before being carried up the steps by eight pallbearers from the Royal Marines. Because of Covid-19 restrictions, the Queen had to sit alone in the Chapel to bid farewell to her husband of 73 years.

The wonder of Windsor

So there we have it, steeped in the most venerable British history, gilded and stuffed full of treasure and artworks, Windsor Castle is full of secrets and intrigue. While it is undoubtedly one of England's most historic and magnificent royal residences, it is – more importantly – also a cosy and comfortable home for the Queen to live and work in.