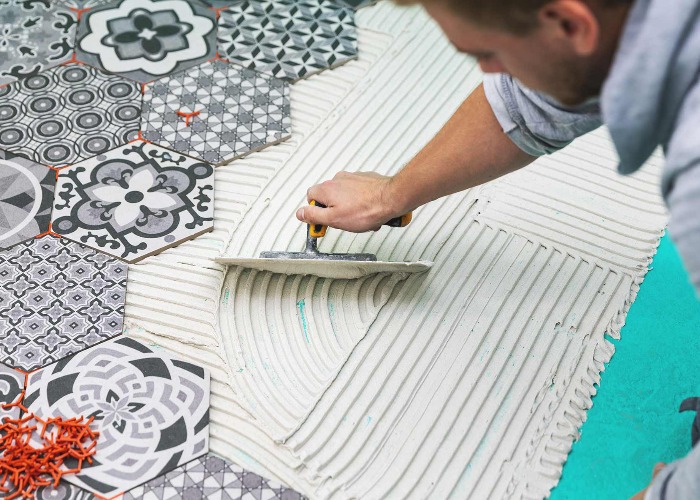 Fancy updating your kitchen or bathroom with some new tiles? It’s probably best to call in an expert – here’s how much it’s likely to cost

With so much extra time on our hands over the past year and a half, many of us decided to turn our hand to a bit of DIY to both improve our homes and save cash.

READ MORE: Kitchen wall tiles for every style and budget

Those without experience relied largely on the internet for guidance – according to analysis of Google and YouTube search data by tradesperson estimate website PriceYourJob, there were 723,000 searches for the top 10 DIY questions last year.

Questions relating to tiling took two spots in the top 10, with ‘how to tile a bathroom’ coming in at number six with 58,000 searches and ‘how to grout tiles’ at number 10 with 41,500 searches.

But the internet is no substitute for experience and separate research carried out by HomeHow.co.uk found that getting stuck into DIY tiling often ending up costing homeowners money instead of helping them save it.

It said that while more than 60% of property owners had carried out a DIY project during the lockdowns, not all of these had gone well and that poor tiling was among the costliest problems to fix.

In joint fourth place on the list of the most expensive DIY mistakes, it estimated the cost of rectifying poor tiling finishes or bumpy grouting to be £450, on average.

HomeHow’s Lisa Evans said: “When these DIY projects go wrong it is usually money-draining as well as time-consuming to rectify. Although more expensive in the short run, hiring a professional to carry out small and big renovations will most definitely be cheaper in the long run with a reduced chance of big mistakes.”

Get the experts in

With this in mind, it might be easier to simply get in an expert from the outset. After all, there’s no point slaving away to tile a bathroom only to have to rip it all out and pay someone else to start again.

One way you can save money on costs even if you’re not skilled at tiling is by carefully ripping off all your old tiles and preparing the surface so it’s completely clean, smooth and dry for new tiles. 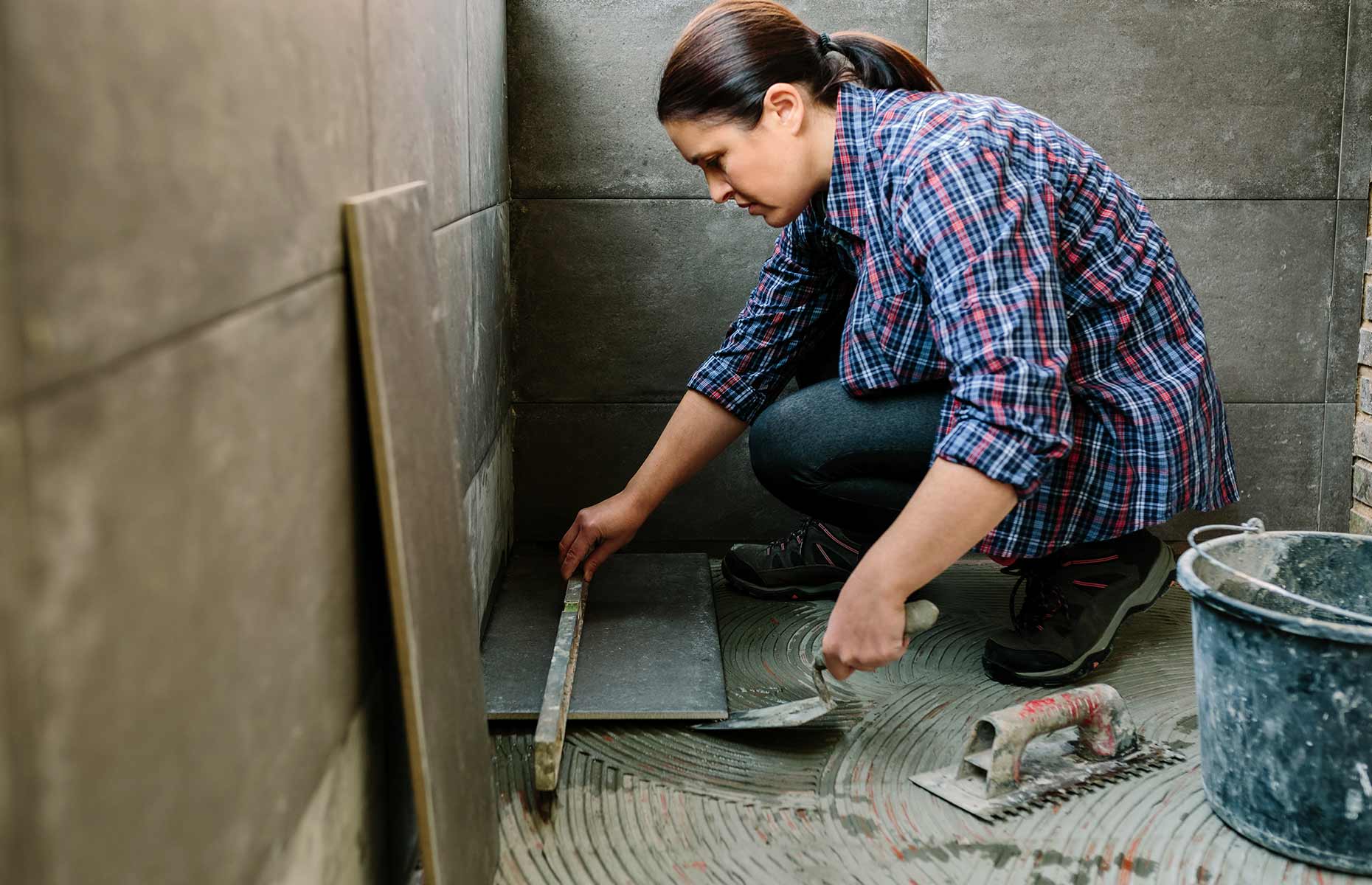 A tiler will charge extra if they have to do the preparation works and they definitely won’t be happy if they turn up and find the surface isn’t ready if you haven’t arranged this with them.

Another tip is to purchase all the tiles, adhesives and grout yourself as some tilers will charge a fee if they have to buy the materials for you.

Average costs for a tiler

Assuming you’ve got the space prepped and the goods ready to go, how much should you expect a tiler to charge?

According to tradesperson marketplace HaMuch, the average hourly rate for a tiler around the UK is £26.66, while the average day rate is £182.

As with most jobs, rates vary around the regions, with London pricier than average at £35 per hour and £207 per day. In Manchester the average hourly rate is £25 and the average day rate is £182, while in Brighton the averages are £33 and £199.

With tiling, it’s not just location that determines the price but also materials. Patterned or mosaic tiles cost more to fit than plain tiles as these are more fiddly and take longer to fit. Tilers will also charge significantly more to fit porcelain or stone tiles than ceramic tiles.

Tradesperson listing site Checkatrade has put together a list of the average costs of some common tiling jobs.

For larger jobs such as a bathroom or kitchen retile, most tilers will want to visit your home before quoting for the job. They will usually measure the space to prepare their quote, so it’s a good idea to ask them exactly how many metres square of tiles you need to avoid over or underbuying.

Need inspiration for your bathroom tiles?

Beautiful bathroom tiles and how to use them