In a welcome win for homeowners, a regulatory body has secured refunds for thousands of people affected by ground rent doubling clauses

Many homeowners affected by the leasehold scandal may now be entitled to refunds thanks to recent action taken by a regulatory body.

The Competitions and Markets Authority (CMA) says it has come to an agreement with nine companies that bought freeholds from housing developer Taylor Wimpey. The companies will now remove ground rent doubling clauses from their leases.

A statement from the CMA said the move “will impact over 5,000 households throughout the UK, with many who paid a doubled rent receiving a refund.”

The CMA is also in talks with four other national developers—Crest Nicholson, Redrow, Miller Homes and Vistry—who have agreed to work with the companies who bought their freeholds to secure similar resolutions.

What is the leasehold scandal?

Thousands of homeowners unknowingly bought houses through developers that included hidden clauses that doubled the ground rent of their property every 10 years.

The scandal, which made the national news in 2017, left homeowners in the terrifying position of owning a home that was essentially unsellable as lenders were unwilling to provide mortgages for the properties due to the clause.

Taylor Wimpey agreed to remove the double rent terms from all its contracts in late 2021, as well as Retail Price Index (RPI)-dependent clauses, which meant that ground rents could increase in line with the RPI. 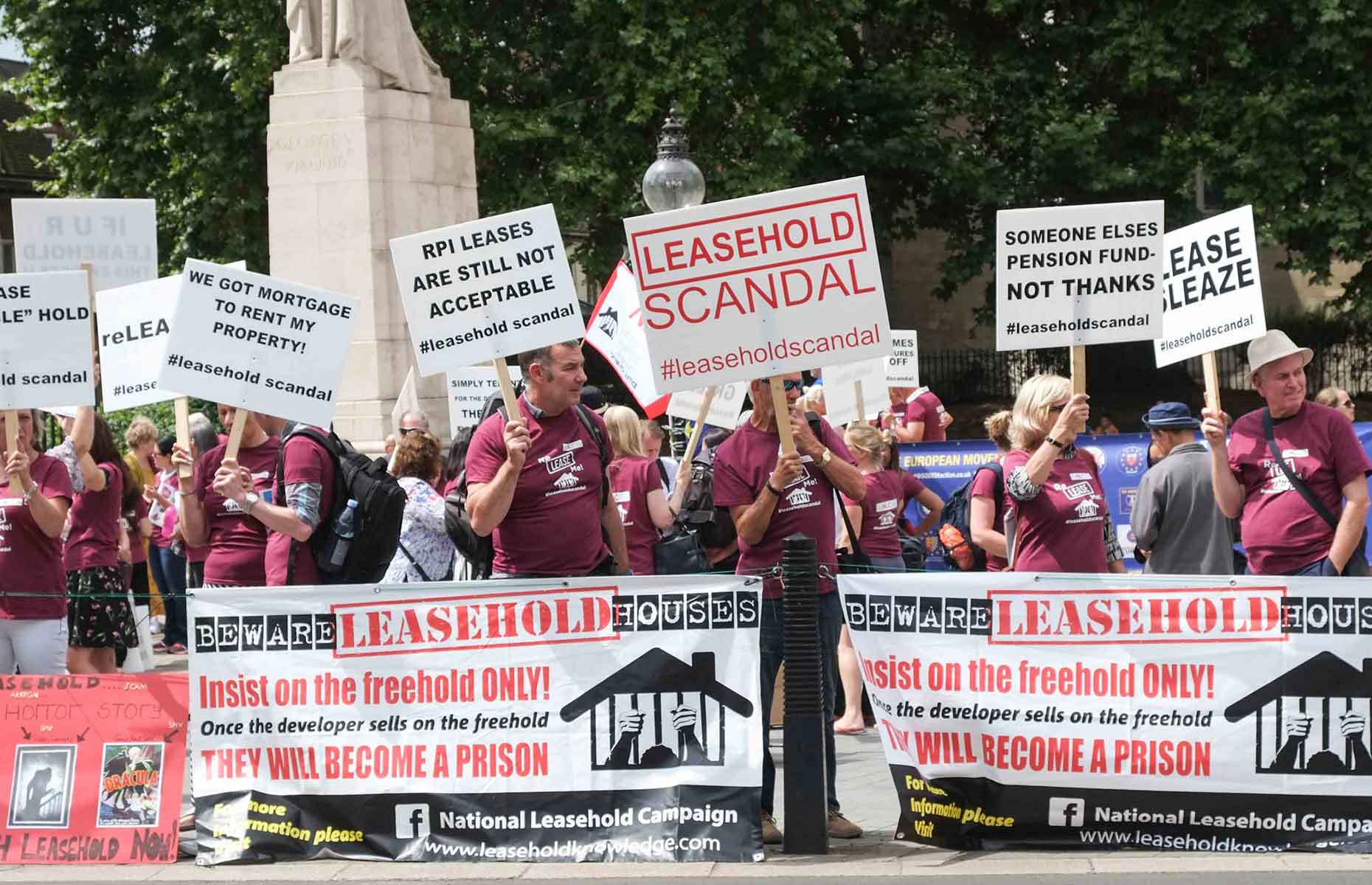 However, the situation was further complicated by the fact that Taylor Wimpey had sold the freehold of many of its properties to independent investment companies, who seemed reluctant to remove the clauses.

But now, thanks to pressure from consumer watchdog Which? and an investigation by the CMA into the mis-selling of leases, many homeowners will get the refunds due to them.

Sarah Cardell, interim Chief Executive of the CMA, said: “For years leaseholders have been plagued by what we believe are unfair practices. That’s why we sought to tackle the problem by launching action against some of the biggest names in the business.

“As a result of our work, over 20,000 people now have a new lease of life, freed from issues like costly doubling ground rent terms.”

As well as securing the refunds, the CMA has ordered the removal of ground rent doubling clauses from the leases of the companies it's dealing with. In the cases of many, ground rents will now return to the rates they were when homeowners first bought their property and will not go up again.

However, not all Taylor Wimpey leaseholders have cause to celebrate yet as the CMA is still in talks with a further five investment companies, which it is yet to secure agreements with.

Who is eligible for a refund?

Taylor Wimpey homeowners whose freeholds were sold to any of the following companies could now be eligible for refunds:

The CMA has also agreed similar commitments from the freeholders of Countryside Properties.

The CMA is still in discussions with the following companies, who are yet to commit to refunds or clause revisions. Homeowners whose leaseholds are owned by the below companies are not yet in line for a refund:

To find out how you can claim your refund, or for updates on discussions with your freeholder, email the CMA at general.enquiries@cma.gov.uk or call 020 3738 6000.

What is the government doing to change the leasehold system?

The government says it has been working to improve the leasehold system since the scandal hit headlines in 2017.

In 2019, the government banned new-build houses from being sold as leasehold and in June 2022, the Leasehold Reform (Ground Rent) Act 2022 put an end to ground rents on most new long residential leasehold properties in England and Wales.

The government is now working on future legislation that will allow leaseholders of flats and houses to extend their leases “as often as they wish, at zero ground rent, for a term of 990 years”.

In August 2022, the then Secretary of State for Levelling Up, Greg Clark, said: “Levelling up home ownership and creating a fairer, more transparent leasehold system is a top priority for this government, and these agreements are an example of this in action.

“We will work with the CMA to continue challenging industry on its practices, so we can ensure more leaseholders get the fair deal they deserve.”

READ MORE: 35 problems that will stop someone buying your home