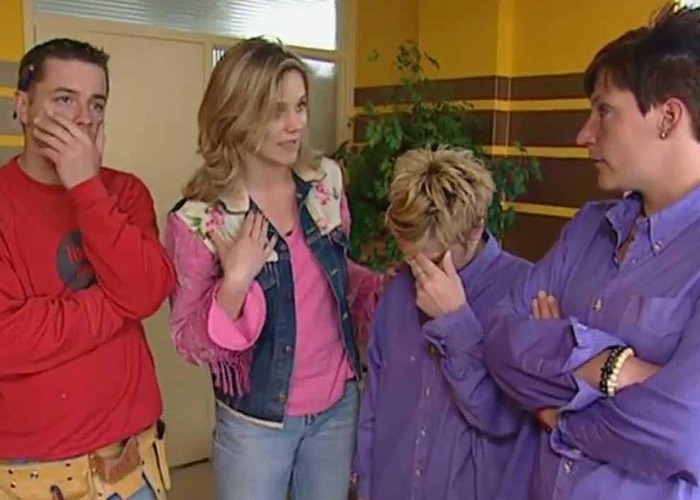 The iconic DIY show is set to return after 16 years, so we've taken a look back at some of their most memorable episodes...

Remember Changing Rooms, that much-loved home makeover show from the 90s? With the surge in DIY projects over lockdown, Channel 4 has teamed up with Dulux to announce their revival of the legendary home improvement series, set to grace our screens later this year.

The show made its first appearance on the BBC, running from 1996 to 2004, and saw two sets of neighbours working against the clock to give a room in the other's house a fresh new look with the help of an expert team of designers and decorators including now-household names like Laurence Llewelyn-Bowen, Anna Ryder Richardson and Linda Barker.

Originally hosted by Carol Smillie, the home decorating series was a huge hit, known for its outrageous and creative makeovers, as well as the entertaining reactions of homeowners.

Like the original, the reboot will feature plenty of the show's classic budget-friendly DIY hacks. Interior designer Laurence Llewelyn-Bowen will return to host and will be joined by Million Pound Drop star Davina McCall, who has been confirmed as the second presenter.

As Changing Rooms makes its big return, we've decided to take a trip down memory lane and look back at some of the show's most memorable moments. 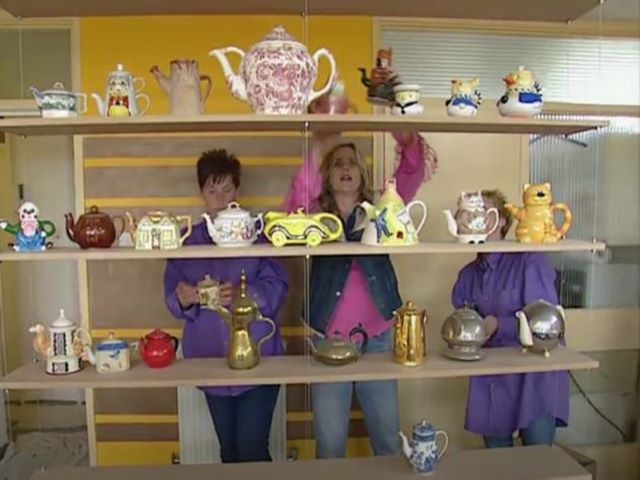 Probably the most iconic moment from the show was when designer Linda Barker thought that placing priceless teapots on a hanging shelving unit was a good idea.

Along with some hefty-looking books, the antique teapot collection was precariously suspended from the ceiling. You can guess what happened next. 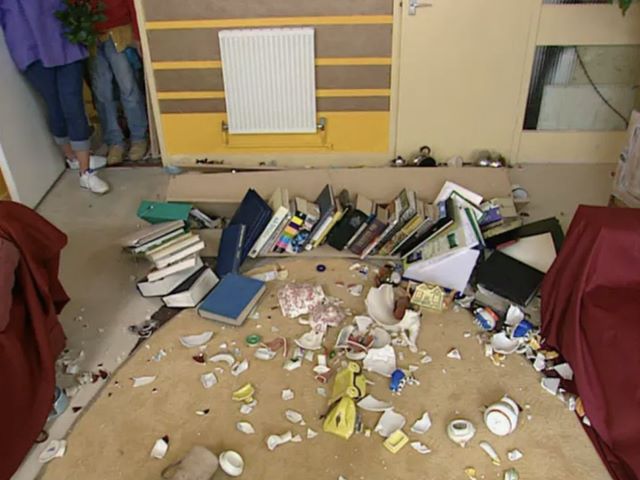 Just minutes after the hanging shelves were completed they came tumbling down, taking the priceless teapots with them. One of the neighbours burst into tears and Linda was forced to awkwardly tell the owner what had happened to her precious collection. 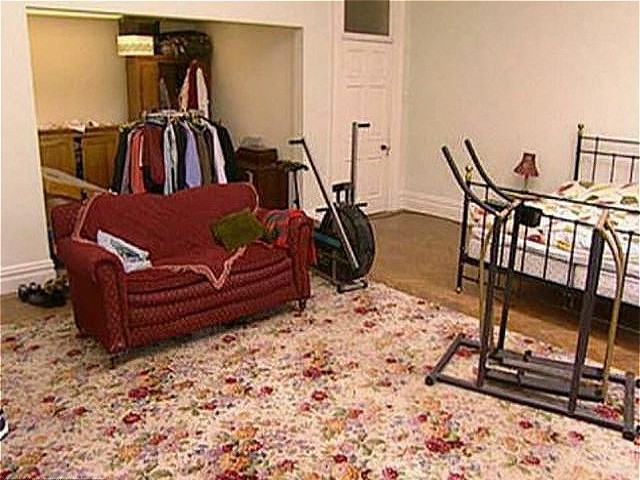 Another memorable episode was when a rather ordinary bedroom was transformed into what the designer called a 'Mediterranean love nest'.

Sensual murals decorated the walls, candles covered the floor and two Greek statues were placed at the end of the homeowner's four-poster bed. Sadly, marble was a little beyond the show's £500 budget, so the statues were actually made of MDF instead. 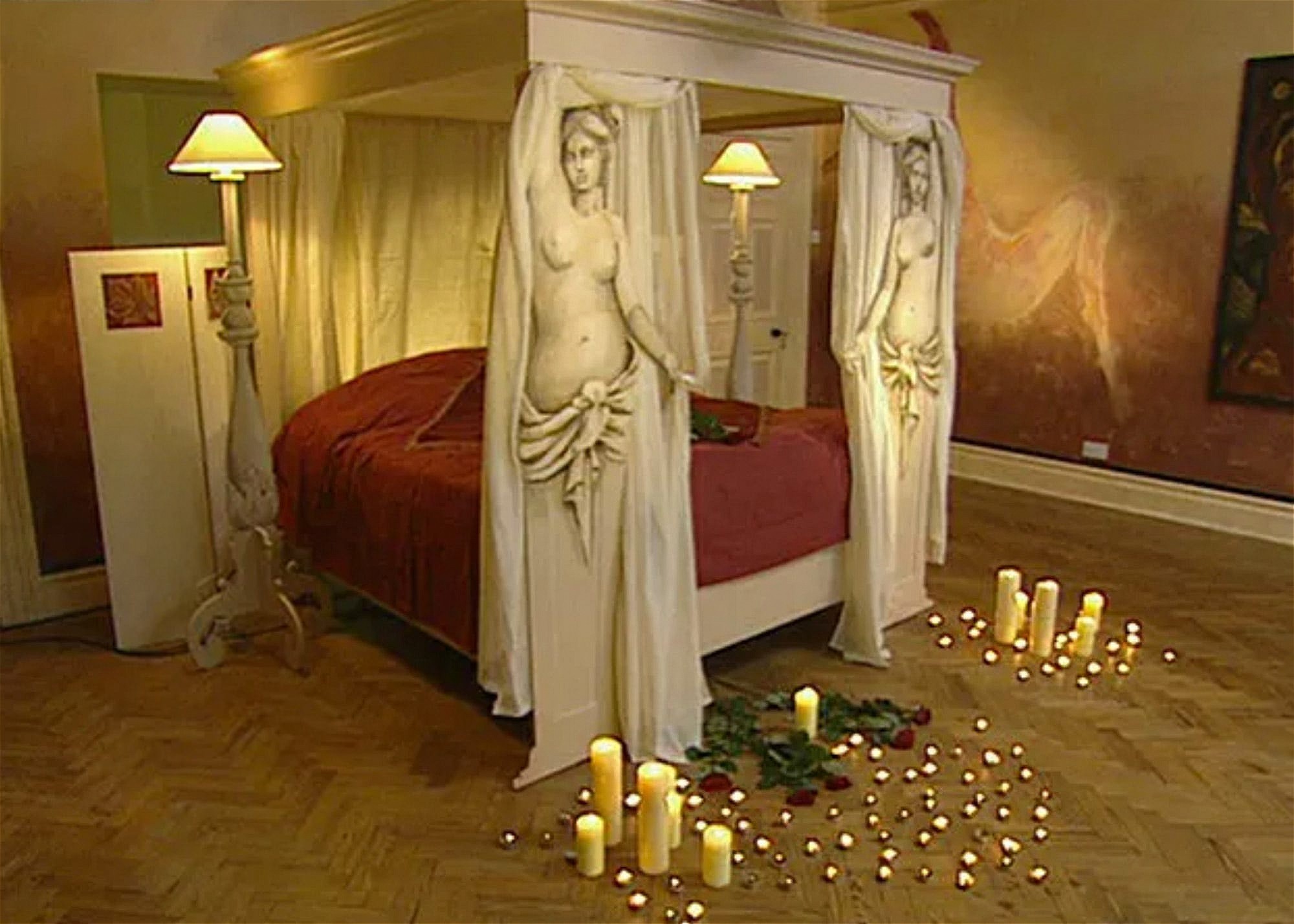 Surprisingly, after a moment of shock, the homeowners were pretty happy with the result, describing the makeover as 'absolutely fabulous'. 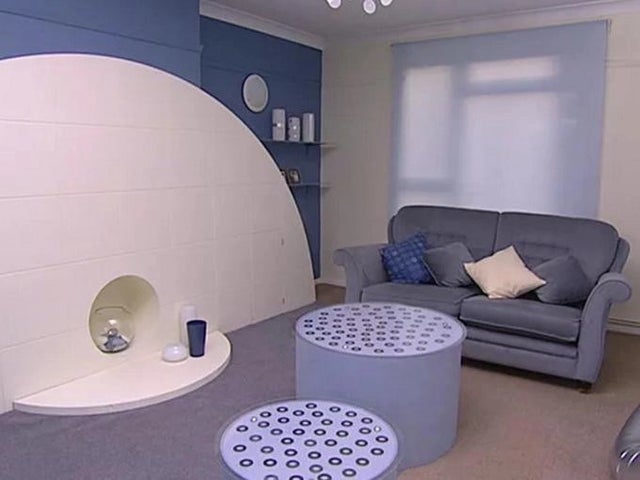 Up next, this living room was given a radical new look dedicated to all things round.  After hearing that one of the homeowners liked 'smooth edges', in classic Changing Rooms style, the theme-obsessed team took it a little too literally. 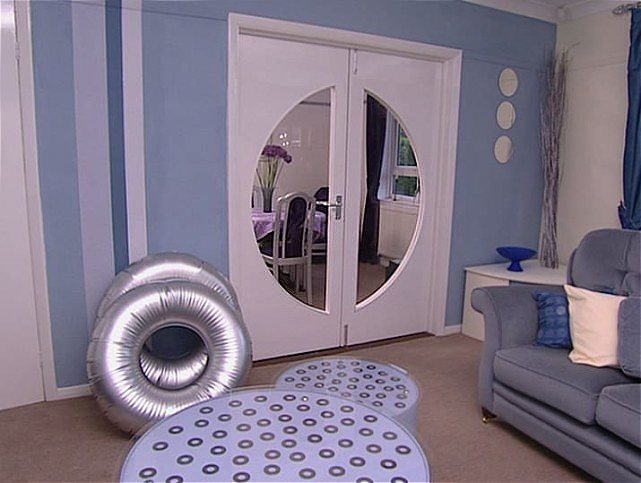 The new blue and white colour scheme, circular coffee tables and the unusual silver rubber rings were definitely an acquired taste. You have to admire their commitment to the theme though – even the fireplace was replaced with a bowl of pebbles.

At least the homeowners were happy though. According to Buzzfeed, their reaction was gushing: “Am I in the same room? This is amazing." 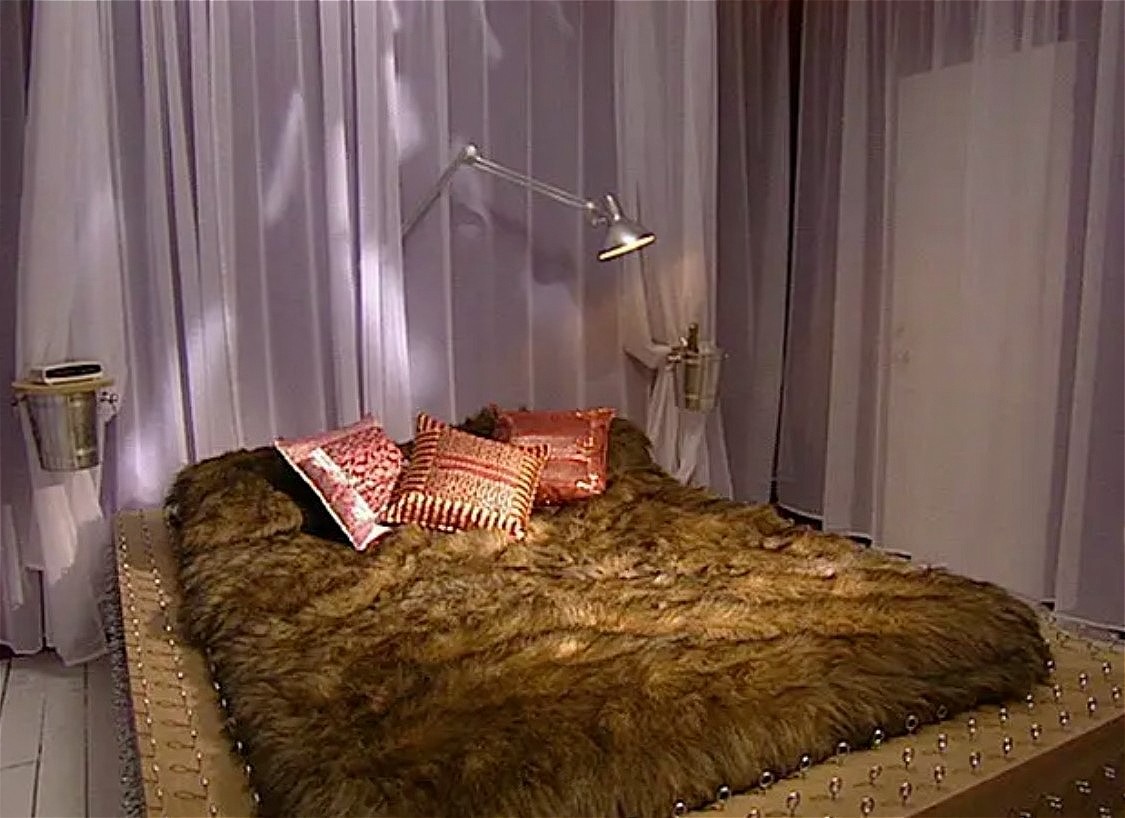 A scheme that didn't go down quite as well, the show's designers decided to transform this master bedroom into what they called a “sensual, sexy room”. The result was sadly anything but alluring. 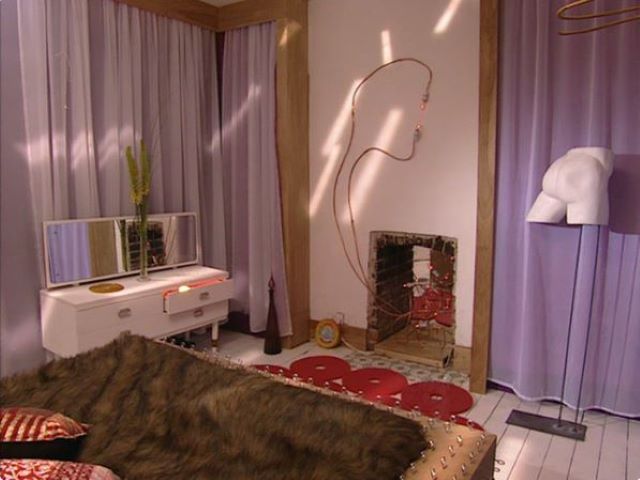 From the strange eye hooks around the bed and the elevated champagne buckets, to the questionable choice of fur bedding that looks like something straight out of The Flintstones, it's quite a lot to process.

Not exactly the beautiful bedroom the homeowners envisaged, they called the makeover 'horrible'. We have a feeling that unusual sculpture didn't hang around for long... 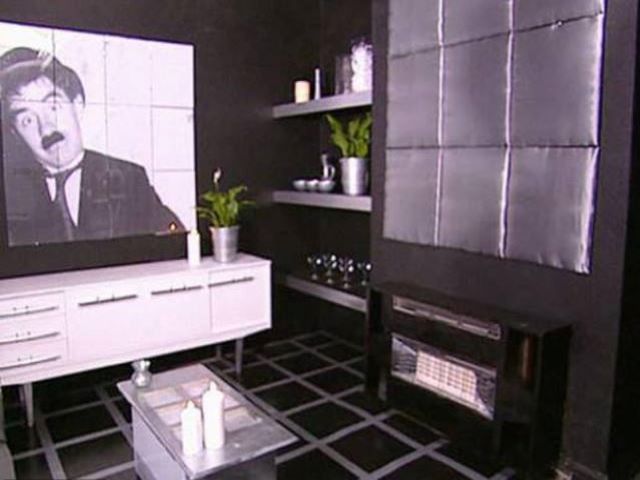 This aim of this living room makeover was to create a classic monochrome scheme that paid tribute to Charlie Chaplin, but things didn't exactly go as planned.

With the all-black walls, white and silver furniture and matching silver decorations, the bizarre room certainly looked otherworldly. Silver masking tape was used to create this grid-style statement floor – definitely the icing on the cake of this unusual scheme.

The shocked look on Chaplin's face sums up the owner's reaction to the new room pretty nicely...