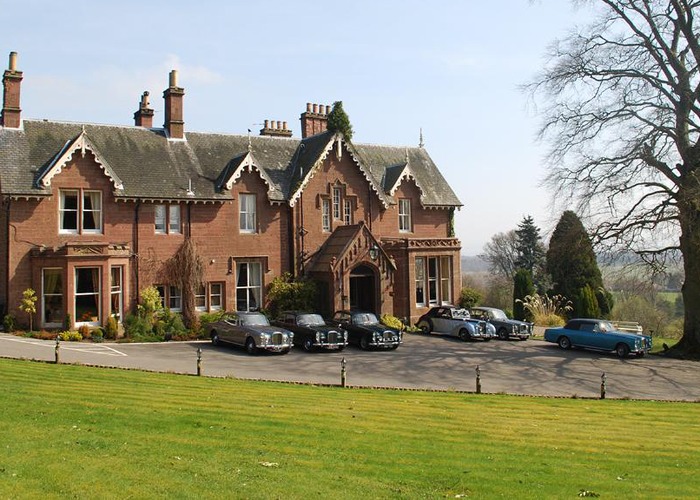 If you’ve ever dreamed of being lord or lady of your own manor then take a look at this 17-bedroom country house hotel in the Perthshire countryside, currently for sale. 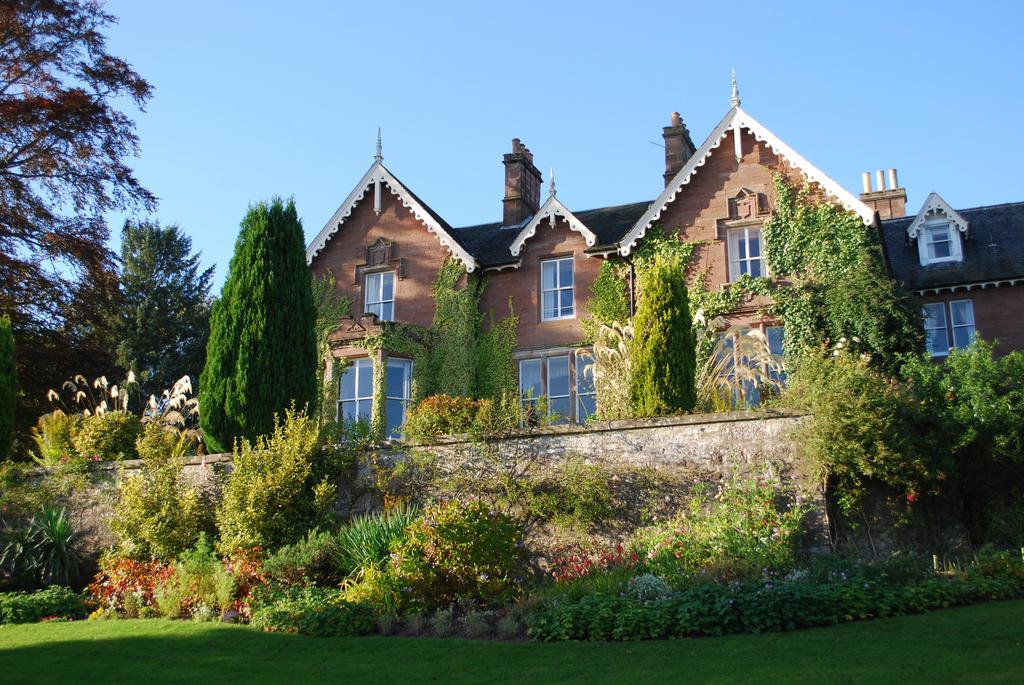 The Lands of Loyal Hotel in Alyth, which dates from the early 19th century, has incredible views across the Vale of Strathmore to the Sidlaw Hills and comes with four acres of its own grounds.

The elegant red sandstone mansion, which commands an elevated position on the southern slope of Loyal Hill, was once home to the wealthy Ogilvy family, Earls of Airlie, who owned the surrounding Airlie Estate, and has been operated as a hotel since 1945. 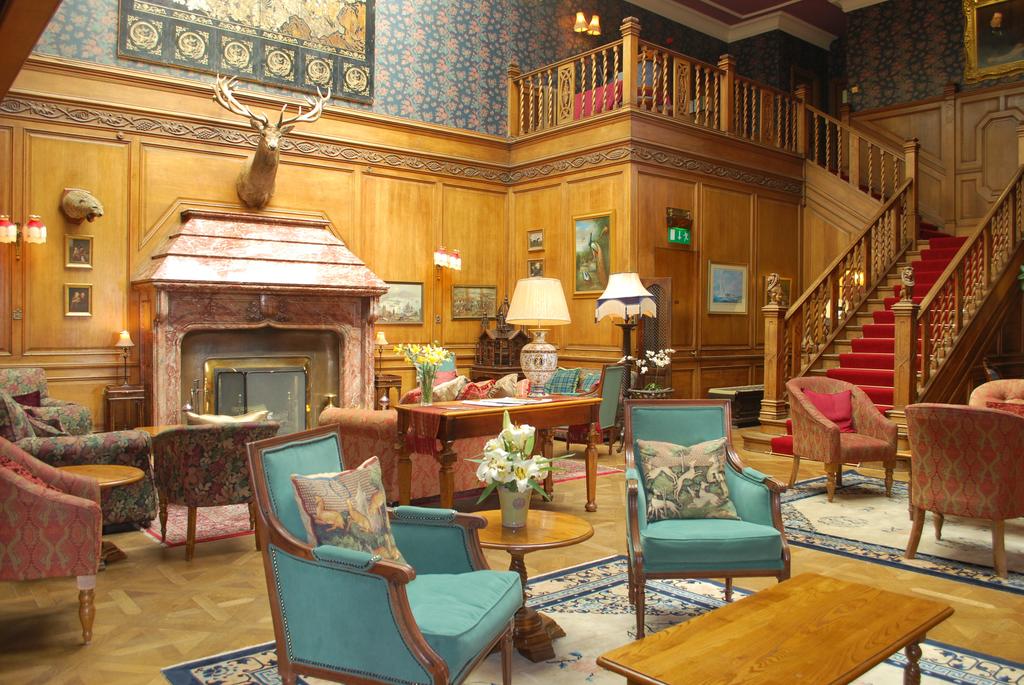 Imagine spending your evenings here - The Lands of Loyal Hotel is on the market for just over £1.1 million

Its stunning interior was revamped in the Edwardian era, with its luxurious lounge modelled on the famous Maurentania ocean liner – once the largest ship in the world.

Like Maurentania, the lounge here features carved wood panelling, beautiful rugs and soft furnishings, and period chairs. This room also boasts a huge fireplace with marble surround, topped with a stag’s head, and the whole room is overlooked by an exquisite first-floor gallery. 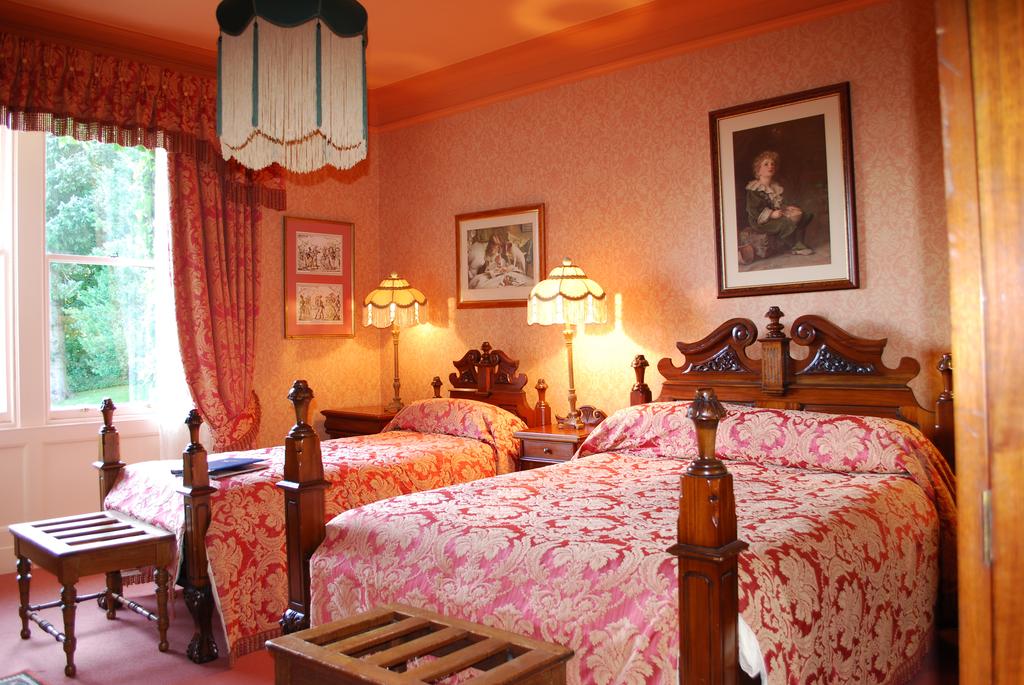 One of the 17 bedrooms that come with the property

Alistair Letham, a director at Colliers International, which is offering the property for sale, said: “The Lands of Loyal Hotel is one of the more quintessential Scottish country house hotels. 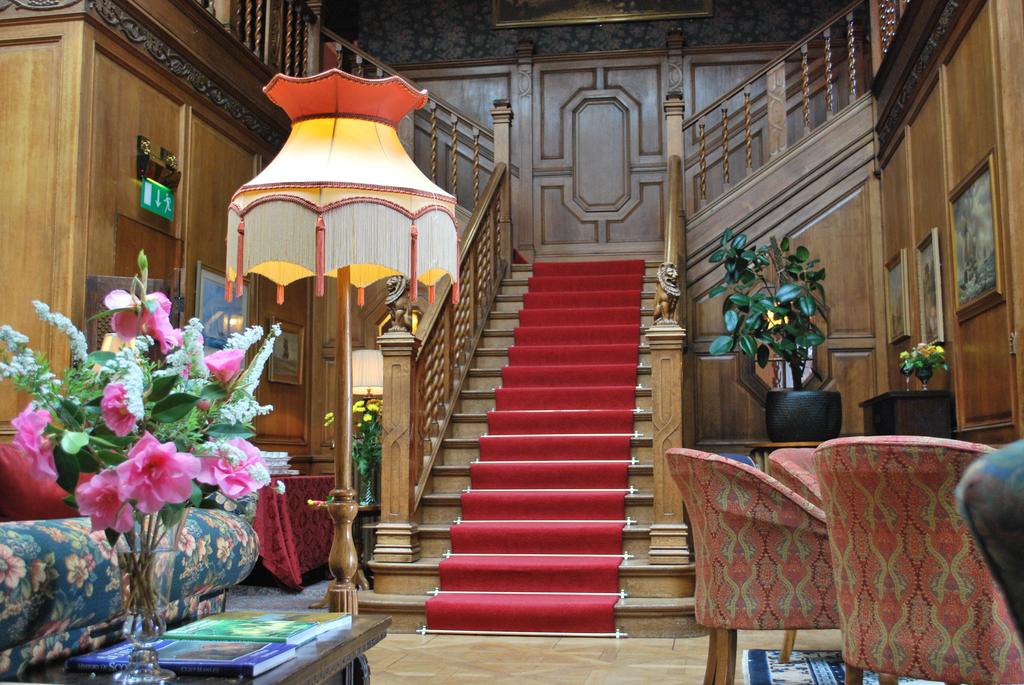 "It has an impressive trading performance and with the introduction of a biomass system, by the current owner, has significantly reduced energy costs, therefore increasing profitability. The Lands of Loyal Hotel is one of these properties and businesses that must be seen to be fully appreciated&rdquo.

The sellers, who are looking to retire, are asking for offers of around £1,150,000 for the freehold of the hotel plus all its trade contents (excluding personal items).

Whether someone is looking for a new start in the hospitality industry or hoping to switch out a poky London flat for a mansion in the country, this property is an absolute bargain, just don't forget about the running costs of such a grand home.