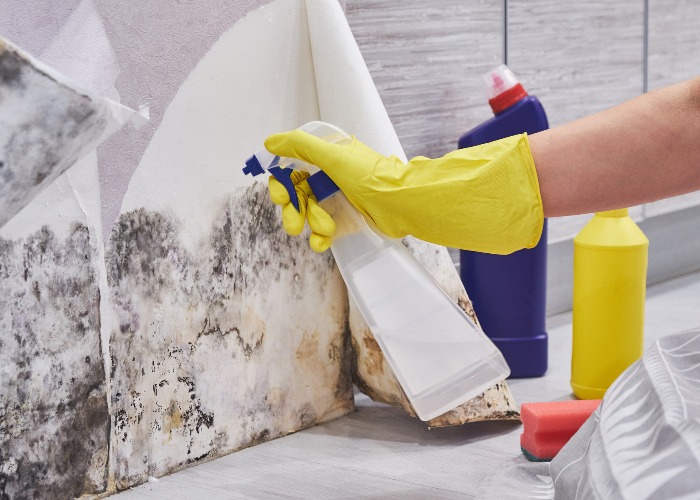 If mould and damp are creeping into your home, it's time to act fast. Here's our guide to banishing these common household headaches for good

From that dreaded musty smell to unsightly marks on the walls, unwanted moisture can pose a very real threat to any property.

Whether the culprit is poor ventilation or porous walls, what might begin as a small damp patch on a wall can soon escalate if left untreated and in extreme cases, it can even lead to health problems. 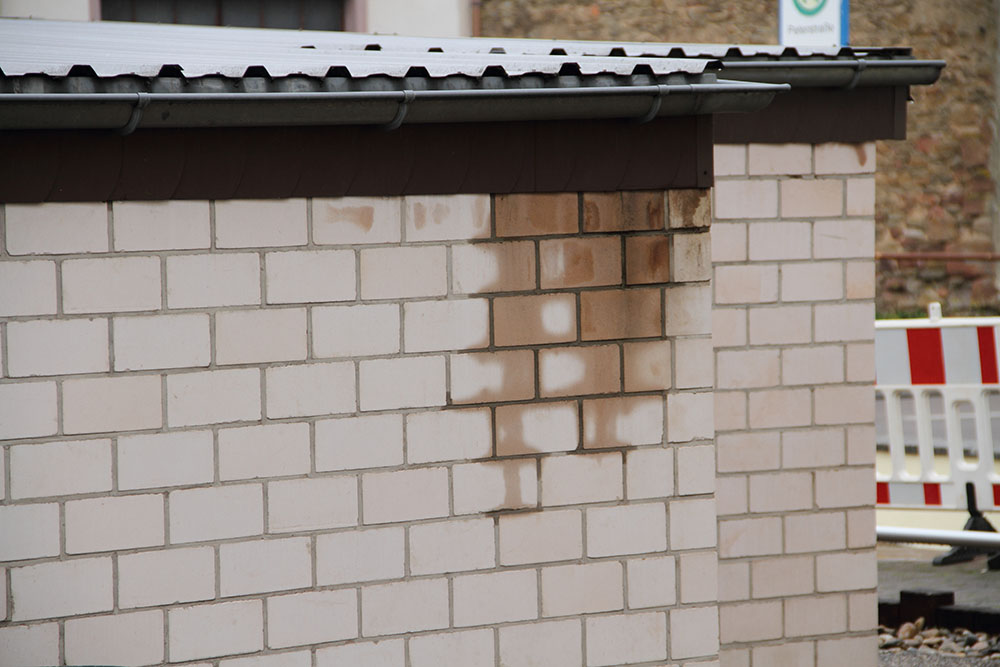 What causes mould and damp?

There are many reasons why your home may fall foul of mould and damp – a leaking pipe or a loose roof tile that lets rainwater in, for example. By identifying the type of damp you are faced with, you’ll be able to get to the root cause more quickly.

Condensation and mould are often a sign of too much water vapour in a house and could mean your property has a ventilation problem, whereas rising damp is caused when moisture is absorbed up from the ground into a wall or the floor.

More common in older buildings, penetrating damp usually occurs when water enters a house from an exposed or compromised external wall or roof section, with patches spreading horizontally rather than vertically.

Tell-tale signs of mould and damp

There are a number of issues to look out for if you're concerned your property may be compromised... 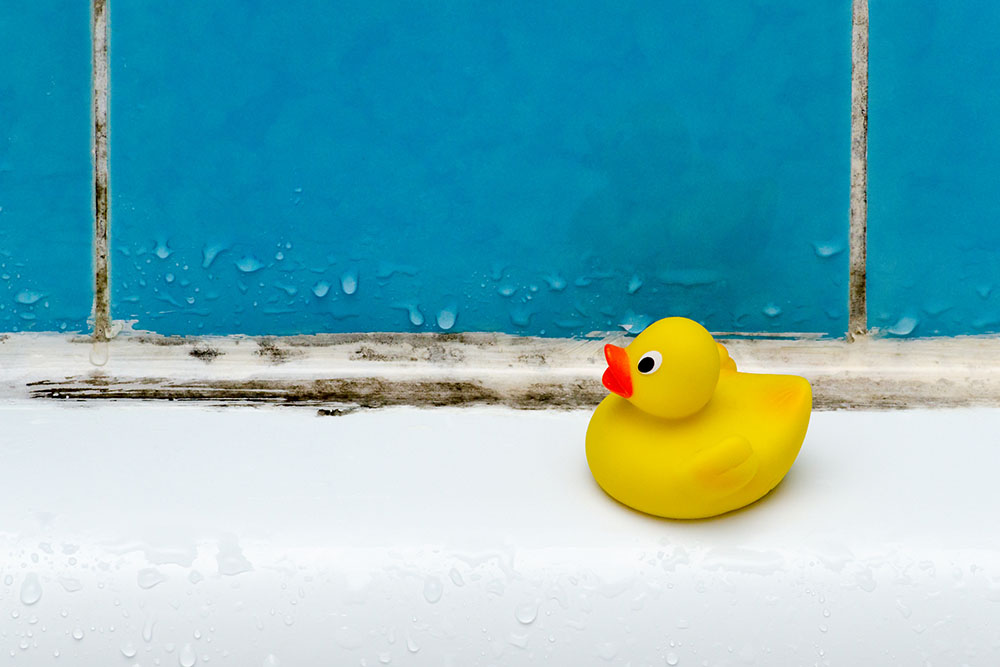 This is probably the most obvious warning sign that your home has a damp and mould problem. If you can smell a pungent, musty odour, even in the bathroom, then investigate further. Remember damp could be hiding behind fixed units and furniture so it may not be immediately apparent.

Marks on the walls 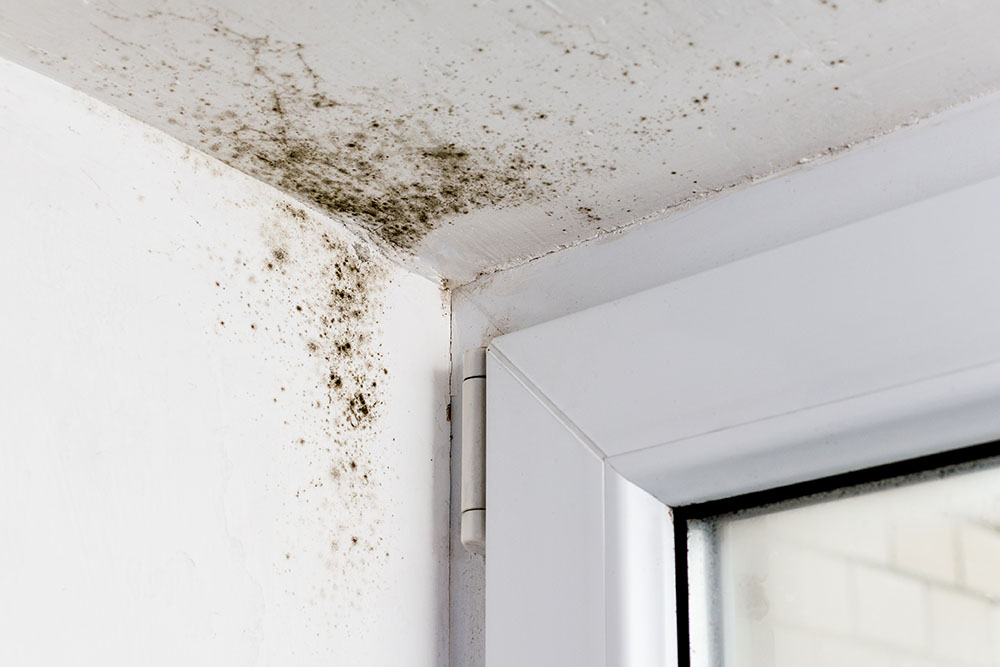 Another instantly recognisable calling card is discolouration or marking across your walls – look out for mould or mildew in the corners of rooms or on bathroom tiles.

The appearance of a white salt-like substance could be a sign of rising damp, along with damp patches that rise vertically and even yellow or brown tide marks.

Outside, any darker patches or tide lines across external walls could signify that unwanted moisture has compromised your home's structure too. 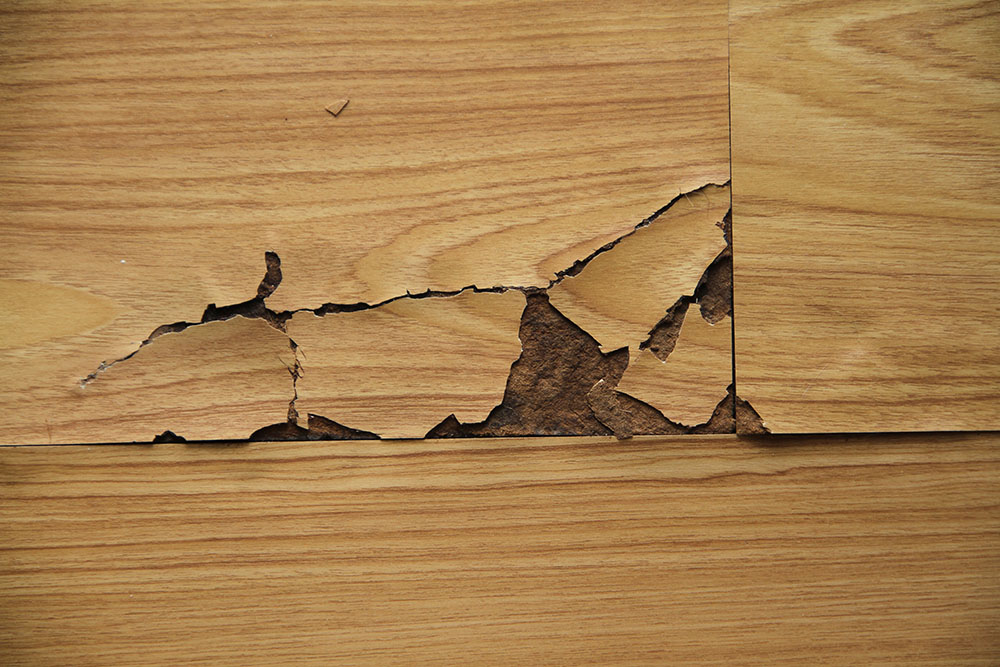 Damp is always cold so if your floor feels unduly chilly underfoot then it's worth lifting a floorboard to see if there is any damp underneath. Similarly, if lino starts to feel as though it could be lifted away quite easily, damp may be at play. 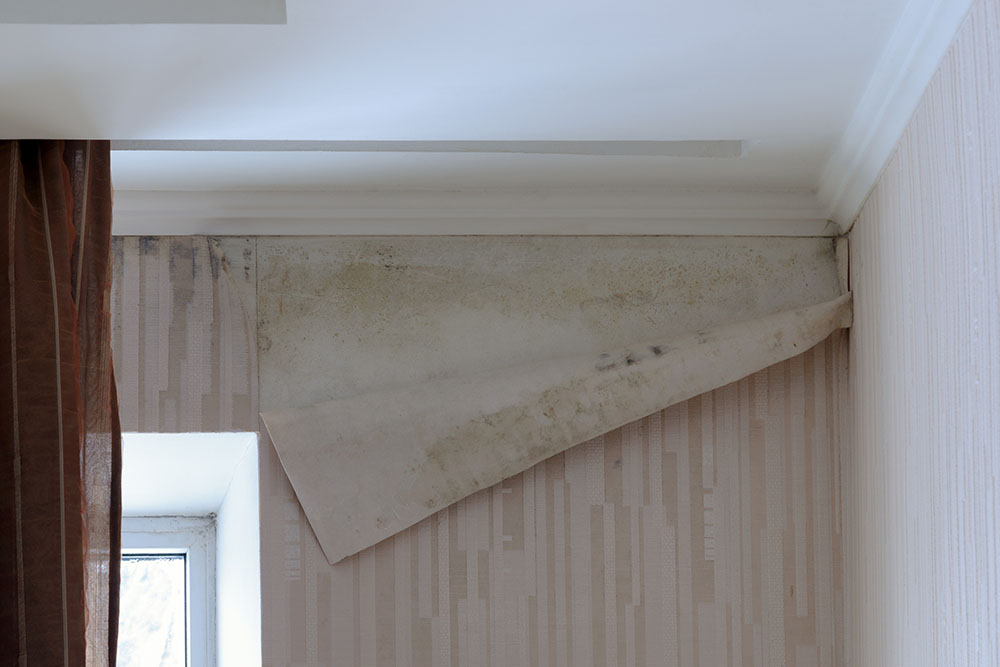 If your wallpaper starts suddenly coming away at the edges and curling away from the wall, then there could well be damp or mould underneath – watch out for peeling paint too.

A quick way to check for rising damp is to run your hand over suspect wallpaper and listen for a soft crunching sound that could indicate the presence of plaster salts that have been washed out of the brick. 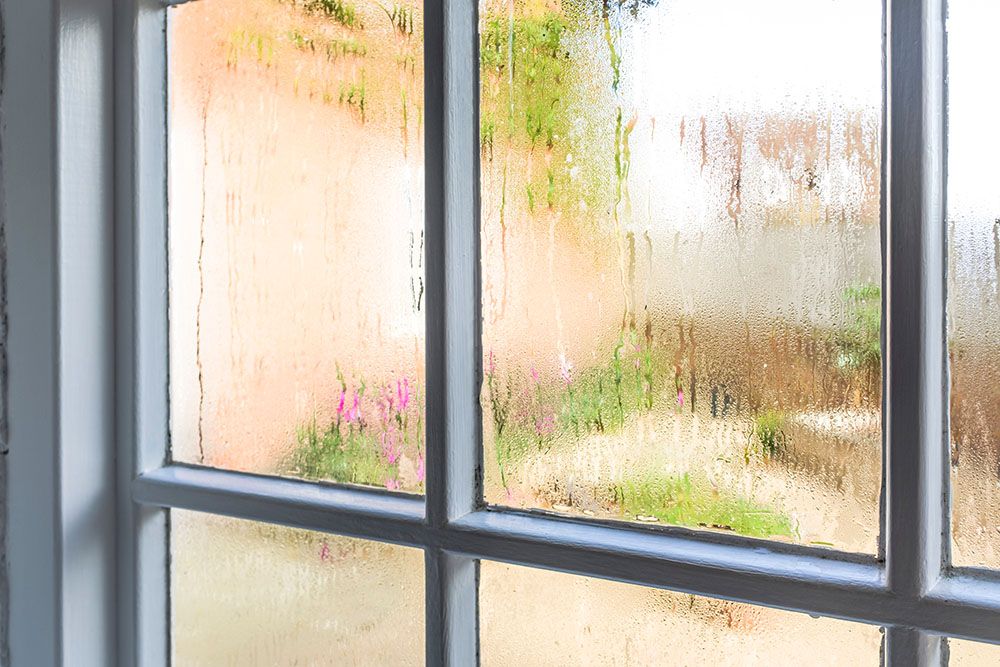 Do your windows seem to constantly steam up? A thick layer of condensation across panes is a tell-tale sign that your home has a ventilation problem, one of the most common causes of damp.

How to remove mould and damp

Depending on the type of damp present in your home and how advanced it is, rectifying the problem could be anything from a quick and easy job to a very expensive one.

Advice from the NHS suggests that you should only remove mould yourself if it's caused by condensation and covers an area less than one square metre.

If you suspect it may be caused by sewage or contaminated water, you need to call the experts in – according to government guidance, tradespeople are still permitted to work during the lockdown as long as social distancing and good ventilation are maintained. 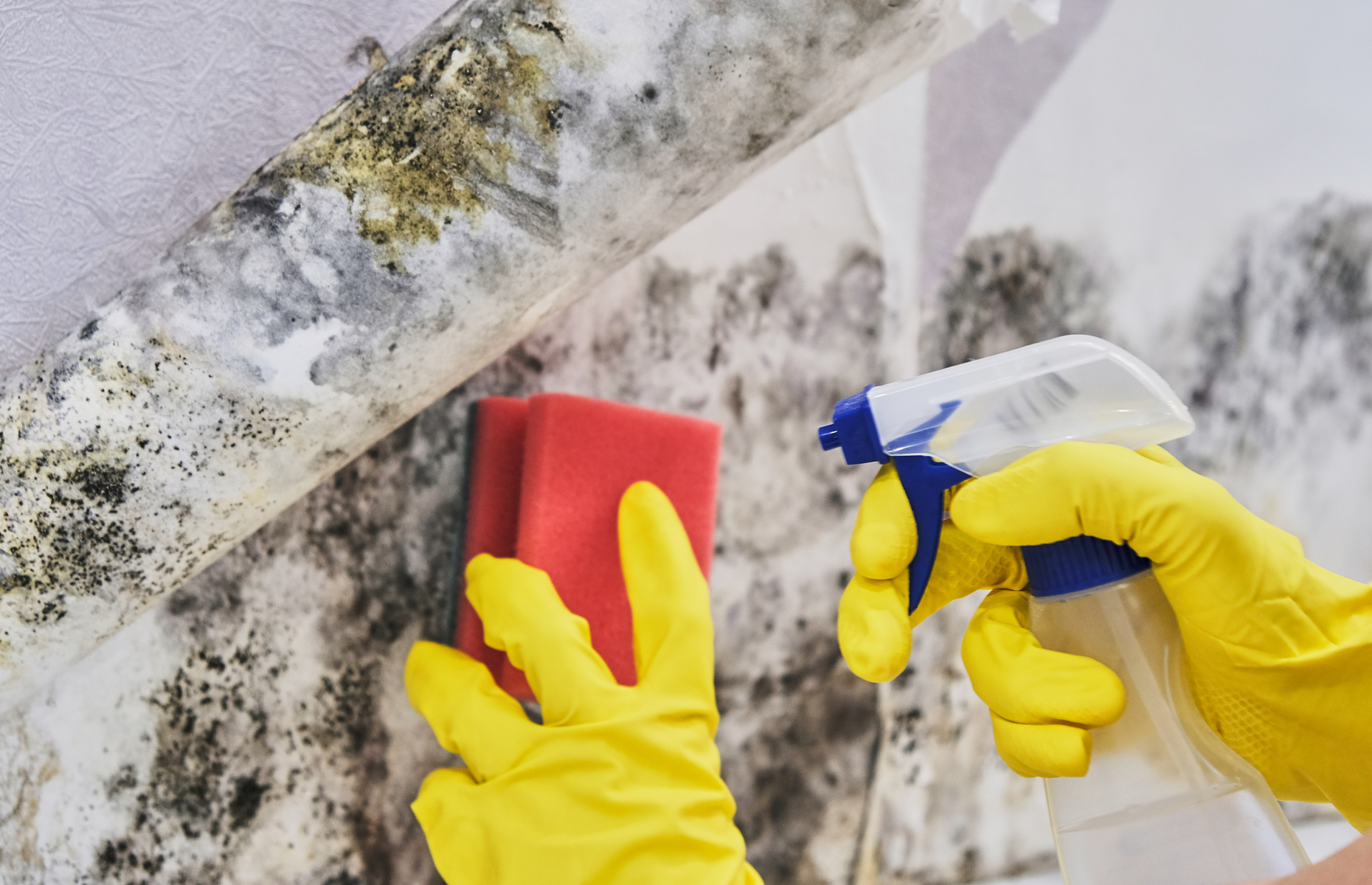 First, when removing mould from any surface, dress appropriately – wear goggles, long rubber gloves and a mask so you don't breathe in the spores. Open the windows but keep doors closed to prevent spores spreading to other areas of the house.

Fill a bucket with some mild detergent, such as washing up liquid, dip a cloth in it and carefully wipe the mould off the wall. Be careful not to brush it as this can release more spores.

Soak up any remaining moisture with a dry cloth and vacuum and clean the area to remove any rogue spores still lingering around.

Mould in the bathroom

Often found in the corners of showers, sinks and tiling, the high moisture levels in bathrooms create the perfect conditions for mould to flourish.

To treat the problem, put some undiluted white vinegar into a spray bottle, cover the affected area and leave for an hour (keep the windows open during this time) and then use hot water and a clean towel to wipe away the residue.

Make sure surfaces are kept as dry as possible to reduce the chances of the mould returning. A bleach spray (one-part bleach, two parts water) can then be used for any stubborn stains.

Mould and damp in carpets 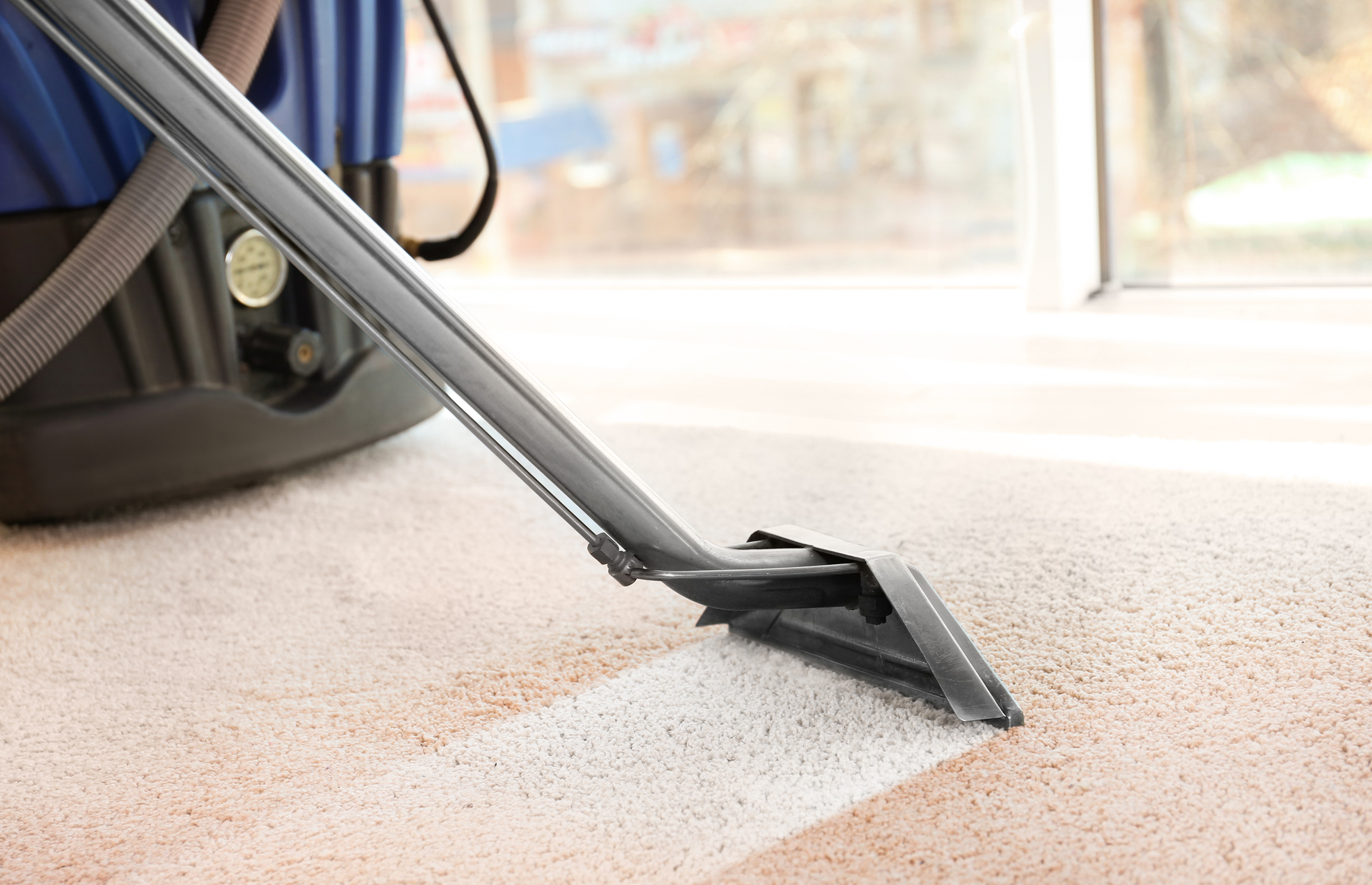 If your carpet is plagued by a damp, musty smell, dry the area out as best as you can by airing the room or bringing in dehumidifiers.

Once dry, vacuum the area thoroughly and then spray with a vinegar and water mix, before covering with baking soda. Leave the treatment to work overnight before hoovering up.

If the smell persists you may need to enlist the help of a mould remediation specialist or think about replacing the carpet.

When it comes to wooden furniture, use a diluted bleach mixture (four litres of water to half a cup of bleach) to wash down the surfaces, however, as bleach can discolour wood, it's important to test the mixture on the furniture's back or underside before proceeding. Allow to dry out in direct sunlight if possible, or failing that, a ventilated garage with a few fans.

For soft furnishings, shampoo affected areas or use a mixture of white vinegar and water to remove the mould. As with wooden furniture, it's important to allow the furnishings to dry fully. For more extreme mould, take your items to a specialist upholstery cleaner.

Porous bricks can more often than not lead to penetrating damp. However, before replacing brickwork altogether, try painting them with a special exterior water repellent sealer to ward off moisture. If the problem persists, it's worth getting an expert in to advise on remedial works required.

How to prevent mould and damp

Of course, with any of these things, prevention is key. Bathrooms unsurprisingly suffer most from damp, but a few simple habits, such as leaving the window open or putting the extractor fan on each time you have a shower or a bath, could make all the difference. 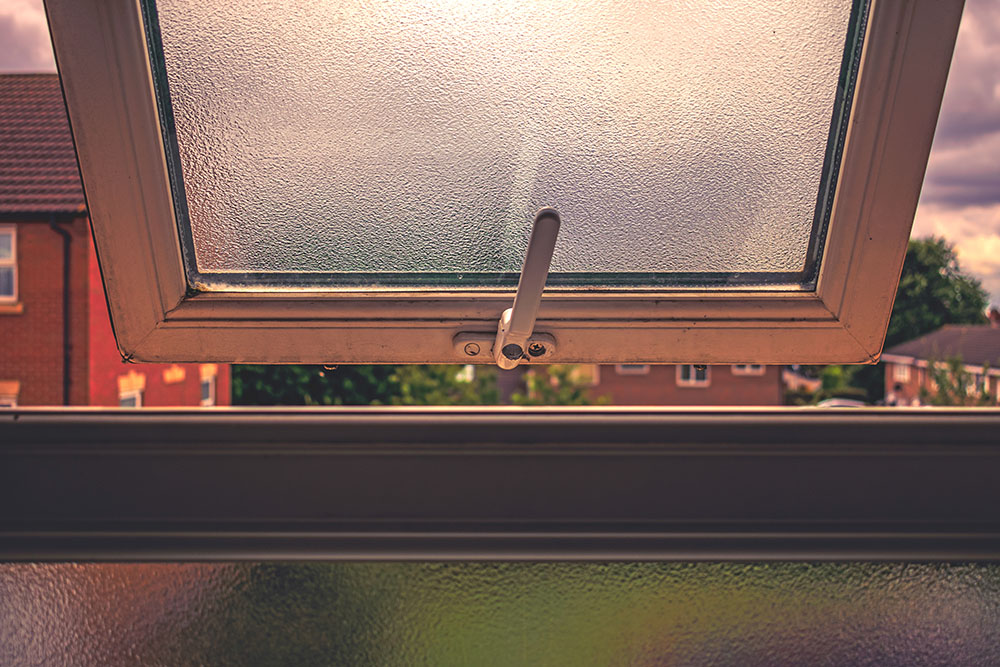 Anti-condensation or anti-mould paint can also be applied in bathrooms and kitchens where mould is more likely to rear its head.

You can limit water vapour in your house by taking small measures such as drying your washing outside, keeping lids on saucepans when you are cooking and regularly opening doors and windows to improve airflow.

More generally, maintaining your property throughout the year will help ward off damp and mould. Replace roof tiles as soon as they become loose and get your guttering cleared regularly.

If you're concerned about water from an outside wall reaching an inner wall, then chat with a builder about the possibility of having a cavity tray added or a damp-proof barrier installed. After all, the best defence is a good offence!