Once worth a fortune, Parnham House is now listed for just £2.5 million following the devastating blaze

One of Dorset’s oldest homes, Parnham House in Beaminster, is back on the market with a bargain price tag after the historic structure went up in flames.

Prior to the fire, the stately home was worth an estimated £15 million, however, when the blaze broke out in the early hours of the 15th April 2017, the palatial property was irrevocably damaged, with firefighters tackling the inferno for four days.

READ MORE: You have to see inside this magical medieval manor

The incident, which devastated the once-grand 16th-century structure, was treated as a suspected arson attack by police.

Now an empty, charred shell, a £3 million sale was previously agreed in 2018, but after the mystery buyer fell through, it's now back on the market for the reduced sum of £2.5 million.

Parnham House was built in the 16th century before being remodelled by renowned Regency architect John Nash in 1810.

Surrounded by mature parklands, the 38,000-square-foot property is approached via a sweeping driveway, flanked by formal landscaped gardens, a glorious lake, traditional walled gardens, a tennis court, bowling green, swimming pool and woodlands. In total, the vast grounds extend to around 131 acres.

The majority of the roof and internal structure were destroyed in the fire, though the external shell largely survives. Parnham House is now on Historic England’s Heritage at Risk register, with the organisation describing it as “increasingly vulnerable”.

After the fire, Parnham House’s owner, hedge fund manager Michael Treichl, was arrested on suspicion of arson. In June 2017 he was found dead in Switzerland after a suspected suicide and the arson case was closed. 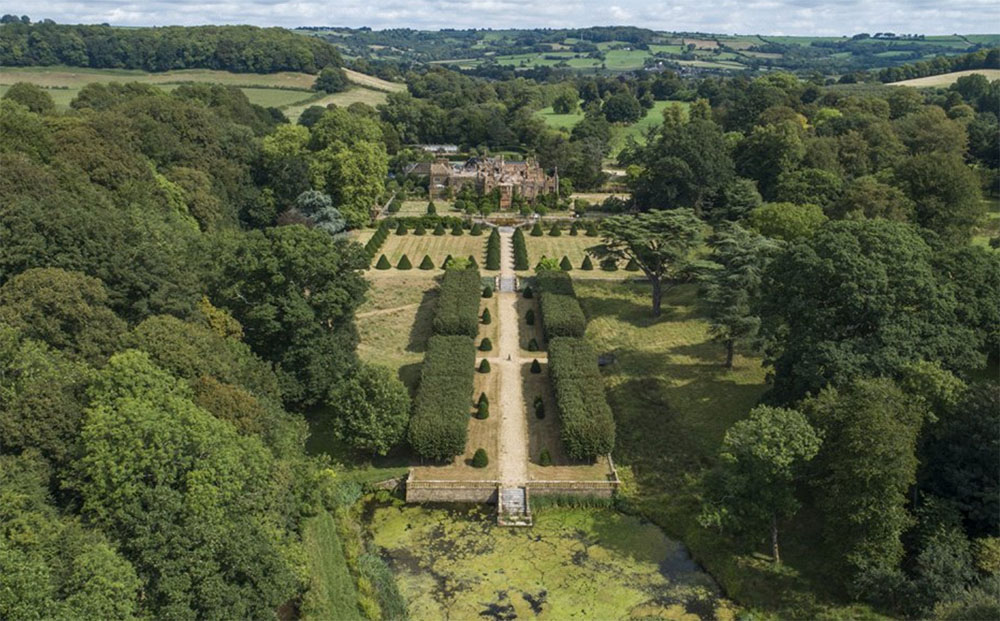 On the market with Knight Frank, the listing states that Parnham House “now requires holistic rebuilding and restoration, liaising with Historic England and West Dorset DC on the work”.

However, in addition to the main fire-damaged building, there are also several buildings in a largely habitable condition, including a detached dower house (pictured above), stable cottage and two flats, along with stables complete with an outdoor riding arena.

Anyone considering buying the period mansion would need to be ready to invest millions of pounds on top of the asking price to restore it, with all works approved by Historic England.

READ MORE: Could you be in line to inherit a Scottish estate?